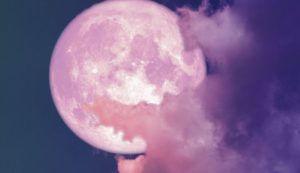 Forbes reported that we will be seeing 2020’s third supermoon this Tuesday (April 7) – and it will be “the biggest and best of the year”. And the interesting bit is that – it is called the Super Pink Moon.

This is also the one day where the moon will be closest to planet Earth, which makes the Super Pink Moon the biggest supermoon we will see this year. It is also said to appear 14% larger than usual full moons.

The Super Pink Moon is April’s full moon, which just happens to coincide perfectly with a specific point in the moon’s orbit that brings our satellite the closest it comes to us in the entire year.

That point is called perigee, and when it occurs, the moon can be around 14% bigger in apparent size than usual.

It’s called “super” because on Tuesday, April 7, the moon will be the closest it gets to Earth in all of 2020. A “supermoon” is not an astronomical term, but it’s generally defined as when the moon is less than 223,694 miles from Earth.

The best time to view a full moon — whether it’s a supermoon or not— is always as it appears on the eastern horizon.

If you have an east-facing backyard or view from a window (the higher the better), get in position on Tuesday, April 7 at 7:07 p.m. EDT if you’re in New York and at 7:11 p.m. PDT if you’re in Los Angeles. Sunset is a few minutes later in both locations, so it should look spectacular.

Scientists discovered that Giza Pyramid concentrates energy within its chambers