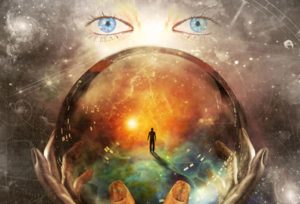 Are you looking for a good medium? Perhaps you’re skeptical that life after death exists and want definitive proof one way or the other. Maybe a loved one has died and you’re grieving but you don’t want to get ‘ripped off’ for attempting to contact him or her.

Despite having psychic dreams since the age of 13 and believing in an afterlife, I did not believe that living people could contact spirit people, for if they could, surely the existence of ‘Heaven’ would be a proven fact?

I didn’t know that one day I too would have the ability to hear spirit voices and thought that everyone professing such an ability must be a fake, out there just to get money out of vulnerable, grieving people.

The Spiritual Reading that Changed My Life

Quite by chance, after visiting an alternative fair with my husband and two small children we saw a woman sitting at a table marked ‘medium’. She was charging £15 for a trial 15 minute reading.

“Up for a laugh?” I asked my husband.

Thinking it would be fun to watch her humiliate herself, we paid £15 and sat down at the table, without introducing ourselves. She had no idea who we were.

Immediately she said my father’s name and asked me if I knew anyone by that name. I said yes. Then she said she saw mountains and that the person was speaking in a foreign accent that she guessed to be Italian. I said Greek, whilst trying not be stare too open mouthed.

She mentioned by name an uncle who had died of cancer, the red sofa he donated to us when we moved in together and his wife’s ‘nickname’ that only he called her, and the names of their two sons.

She mentioned the fact that I was writing a book that was important and that ‘professionals aren’t always right’ (the book was about side-effects of medication).

She looked at our children in their double stroller and said there was a third child (unknown to her we were trying for a baby and I was actually only just pregnant at the time).

We both had ‘nicknames’ that were unisex. I was called Jo, which can also be a man’s name, so she turned to my husband and called him by my nickname and then called me by his nickname when we hadn’t told her our names.

She knew about my husband’s recent birthday and about the letter I wrote to my father before he died. I had spent years wondering whether he received it or if he’d been too sick to read it, so when she said ‘he’d got it’, I knew exactly what she meant even if she didn’t.

The only time I’d opened my mouth was to say ‘hello’, ‘yes’ and confirm that my father was Greek.

My husband, being a critical sort of person, required more proof.

‘How did my grandmother die?’ he asked her, trying to give her bait that would catch her out in a lie.

“She was out shopping and she fell and broke her hip and it just took the wind out of her sails”, replied the medium.

This was exactly the way his grandmother died. They fixed her hip but she died suddenly a few days after the surgery. He broke down in tears, as a total stranger could not possibly know that unless she actually was communicating with spirit people.

I felt like I had been hit head on by a truck and needed a stiff gin. We both went home in shock and elation. The floodgates to the afterlife had been opened.

Tips when Looking for a Good Medium

Ever since that experience, I went on an on-going hunt for the perfect medium and only found two or three others that matched her level of ability. I also found many that had weaker ability and some that were clearly faking it, so I’ve come up with a check list for choosing a decent medium.

1. Never go to a medium who asks for money up front. Remember, if you are going to a supermarket you would not expect to pay before you’ve put the food in your shopping cart.

A reputable medium will inform you of their fee when you book and will not ask for it until after your reading.

2. If the medium asks lots of questions about you before beginning the reading, he or she is not likely to be genuine. Genuine mediums hear messages without having to ask you questions.

It is normal for the medium to introduce themselves and tell you how they work and some may ask to hold an item of yours, such as a ring, so that they can more easily connect with your loved ones.

This is called psychometry and is a normal practice among mediums. If they ask why you want the reading and you say you want a relationship reading, they already have a clue that you may have relationship problems or are single without doing anything ‘psychic’. Don’t say anything except yes or no.

3. Avoid mediums who are very chatty. You might think this is friendly but they are either fishing for information to feed back to you or they are still developing their ability and are trying to ‘fill up’ the reading because they don’t have much to tell you.

People developing their skills should be allowed to practise on people but they shouldn’t charge for their services until their abilities are strong enough to give a proper reading.

4. Avoid mediums who guarantee to connect with your loved ones. Genuine mediums will tell you they may not be able to make a connection and if connection does happen it may not even be with your family members.

In one reading I had with a very good medium, the son of a man who had interviewed me for a job gave a message and I’d never met him personally.

5. Avoid mediums who tell you what to do. They aren’t life coaches. Spirit messages may contain advice as your deceased loved ones can have opinions about your circumstances just as they did in life, but the medium himself should not be giving you any instructions.

6. Mediums are not fortune tellers. Sometimes they may see an image of something pertaining to a future event but remember, your future is determined by your actions and decisions and so references to the future are not to be taken as absolute.

A good medium will never tell you anything bad such as an impending death or divorce, because their code of conduct doesn’t allow it and mediumship is supposed to be uplifting. If a medium gives you bad news, he’s probably a fake.

7. Avoid psychic telephone lines – you don’t know who you’re talking to and they may not have any psychic ability. Some are trained via a computer program.

I have tested out several psychic phone services and found around one quarter to have some psychic ability. I have had a few predictions given to me that did occur, but I have found the majority of these lines cost a fortune and involve unskilled people doing tarot card readings that you yourself could do at home for a fraction of the price.

Others were very chatty and gave no messages, it was more like a counselling service and I felt they were just trying to keep me on the line for as long as possible so they could earn more money.

The advantage of this type of service, though, is that you can put the phone down if you think they’re faking it, and aren’t obliged to pay the full fee as you would for a face to face reading.

8. Try going to a spiritualist church. You can attend them for a small donation and mediums give readings at every service. Each church has various mediums speaking so you will get to learn who is good and who isn’t, without having to spend vast amounts of money.

If a medium is found to be faking, he won’t be invited back to the church. The downside is you may not get a reading and even if you do, it won’t be as long as a one to one reading.

9. Don’t phone or visit a medium who promises to get back your ex-lover or perform spells to bring them back, or who asks for large amounts of money to reunite you with your ex.