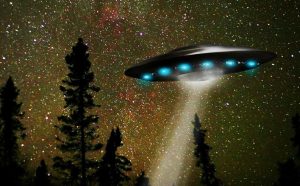 Ufologists Ryan Wood, Robert Wood and Stanton Friedman spent many years studying photocopies of secret documents of the Majestic-12 group that fell into their hands.

Based on a lot of circumstantial evidence and analysis of the activities of this group of officials, they came to the unequivocal conclusion that the existence and activities of this organization were aimed at secretly studying and hiding the UFO phenomenon from the public and discrediting it in the official media in order to divert the attention of ordinary people from it, creating a false pseudo-skeptical attitude to any of its manifestations.

This organization consisted of 12 people, among whom were five of the leading American scientists of the time, as well as high-ranking officials from the Department of Defense and the CIA.

One of these scientists was the American astrophysicist and astronomer Donald Howard Menzel, the author of three books refuting the existence of UFOs. In one of his official speeches, he literally stated the following:

“Firstly, these objects should not be called unidentified, we know what we are dealing with. Secondly, they usually do not fly. Thirdly, for the most part they are not even material.”

And it is no coincidence that Menzel was known as a “staunch opponent” of the theory of the existence of UFOs, because this was precisely the activity of members of the secret organization Majestic-12, who, in order to achieve their goals, fooled US citizens for many years, resorting to outright lies and forgeries.

For this purpose, various kinds of fables were even specially distributed, which were then successfully “exposed”, discrediting the phenomenon and UFOs and diverting attention from genuine UFO phenomena.

A study of the Harvard archives (namely, where Menzel taught in those years) led to an interesting find.

It was established that Menzel was engaged not only in scientific activities, but also advised the National Security Agency, the most powerful intelligence organization in the United States.

In particular, this is proved by a letter from Menzel himself, written by him in 1960 to Senator John F. Kennedy. At the same time, the US government and intelligence agencies had evidence of the existence of UFOs.

All this reveals to us the true essence of the statements of many scientific “authorities” aimed at discrediting the UFO phenomenon. And it is not at all accidental that the activities of pseudoscientific commissions in all countries are funded from the same source, the owners of which clearly do not want people to know the truth about the UFO phenomenon and secret contacts of governments with representatives of other civilizations.

Another famous American astrophysicist, Joseph Allen Hynek, who was attracted by the US government to the Blue Book UFO study project precisely because of his skepticism about the UFO phenomenon, quickly became convinced that the main task of this project was not to study, but to discredit the UFO phenomenon based on searching for explanations of UFO sightings within the framework of versions convenient for the government.

But this American scientist turned out to be honest and did not participate in fooling his own people, and therefore published his dissenting opinion, which differs from the official conclusion of the members of this commission.

Moreover, after several decades of careful study of the phenomenon, he reversed his opinion about it, recognizing that the phenomenon itself undoubtedly exists and is not “mass hallucinations” or “fictions of mentally ill people.”

Fortunately, A. Hynek is far from the only scientist who did not slip into outright lies, but put the truth above the interests of the forces that control modern science.

Not so long ago, the Department of Defense has created an office to track unidentified objects in space and air, under water, or even those that appear to travel between these domains.

UFOs, or as they are now known, unidentified aerial phenomena (UAP) have been receiving newfound levels of government scrutiny not seen in decades.

Multiple hearings and classified briefings have taken place in the halls of the U.S. Congress in recent months, and many lawmakers have expressed concern that America’s airspace may not be as safe as we think due to the many sightings of unidentified objects military aviators and other armed forces personnel have reported.

With that in mind, the Department of Defense (DOD) announced the creation of this new office in a statement(opens in new tab) published Wednesday (July 20). The office is known as the All-domain Anomaly Resolution Office, or AARO, and was established within the Office of the Under Secretary of Defense for Intelligence and Security.

The new office will be led by Sean Kirkpatrick(opens in new tab), who previously served as the chief scientist at the Defense Intelligence Agency’s Missile and Space Intelligence Center.

The creation of this new organization is only the latest policy the U.S. government has made in recent months aimed at gaining a better understanding of UFOs. In June, NASA commissioned a panel designed to investigate UAP, with the secondary objective of removing some of the stigma or taboo associated with the topic.

“One of the things that we tangentially hope to be part of this study, simply by talking about it in the open, is to help to remove some of the stigma associated with it,” Daniel Evans, assistant deputy associate administrator for research at NASA’s Science Mission Directorate, said during a news conference held at the time.

“That will yield, obviously, increased access to data, more reports, more sightings, et cetera. So that’s another thing that we’re trying to accomplish with it.”

Now, 60 years after Majestic 12, scientists and governments are committed to doing the same thing they did then: to study the UFO phenomenon. But the question for people remains the same: how much can they be trusted?