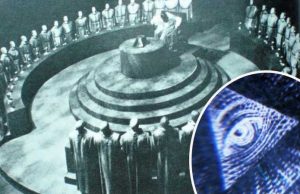 The occult is a topic somewhat hard to grasp due to its nature. The work and accounts of these 3 people should give you a good idea of this hidden world.

It is not possible to understand the occult world through simple investigations. One needs the insight of whistleblowers, people who have participated in this tightly guarded circle such as Leo Zagami and Arizona Wilder and someone like Jordan Maxwell who has researched this topic all his life and understands all the different pieces of it. Here is what they have to say.

Jordan Maxwell – The Best Researcher in The Occult And Religious World

If you haven’t heard of the name before, it is likely that you have come across his work and ideas. Jordan Maxwell, has been studying and researching the occult for over 40 years. He was featured in the hugely popular documentary the Zeitgeist Addendum. It is believed that much of his ideas and conclusions have been secretly adopted by movie directors all across Hollywood.

According to him, there exists an elite group of people controlling every aspect of our lives such as the banks, the media, the monetary system, the government, the military and other authorities. The world knows them as the infamous Illuminati.

The Illuminati tends to give us signs and symbols telling us that we are being controlled. They are in bank notes, flags, movies, religious buildings, commercials, emblems, architecture, etc. Some of the same symbols can be found in the ancient texts such as the Egyptian and Babylonian texts.

However one will dismiss these signs as simply coincidences if unaware of their meaning. As far as architecture is concerned, it is believed that some buildings and areas have been designed to funnel energy, create energy locks and controlling the masses amongst other purposes.

One such example is the Vatican. The Vatican when looked from above looks like a keyhole. It is believed that it had been designed in this way because the Vatican is where all secrets are kept.

The key thing we perhaps need to realise about the occult is that it is a very different mindset to our own. The signs, symbols and even the agenda itself are being shown to us, as this action not only frees them from the guilt but also give us the opportunity to refuse to be controlled.

It is our constant refusal to believe in the occult, which is our participation in this game. As far as the elites are concerned, we know about this game and they are doing nothing wrong. It is a twisted way of throwing the responsibility back to the public.

If we do not know of the world of symbolism, their meaning, a basic understanding of the universe, it all seems like just a movie or just a symbol.

Jordan Maxwell’s goal is to educate and bring awareness about the occult to eventually help free everyone from being controlled.

Leo Zagami is the highest member of a secret society who has ever come forward. As a member of an aristocratic family, he was destined to be one of the “princes” in the occult world. He was initiated as a 33rd degree freemason on April 13th 1993 and has all the documentation, swords, emblems etc to prove to anyone who says otherwise.

He defected from the group and decided to go public because of disagreements with other senior members regarding the continuous use of dark magic and demonic rituals. Some want to keep evocating demons for the purpose of obtaining information regarding the future which helps them to manipulate the outcome to their advantage.

Leo Zagami has vast knowledge in the true history of the freemason, the illuminati and the Vatican, which he says has a dark side. According to him, there are over 40 cardinals in the Vatican who follow and practice muslim demonic rituals. The Vatican is heavily involved in the military through its secret service called the Knights of Malta and have members infiltrated in NASA and the NSA. 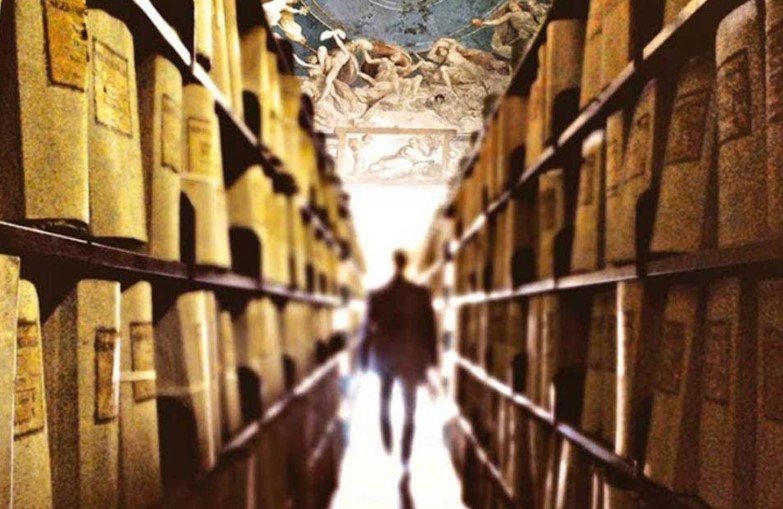 The power of the illuminati is far reaching. They even have a hand at dictating the US presidential elections. In an interview with Project Camelot, he mentioned that Obama was chosen to win for dubious reasons. He cites the Jesuits, who control which pieces of information are allowed to the public, as being perhaps the most powerful group in the world.

The main agenda of the illuminati is about fighting the masters who are coming back at the end of time, which according to them is the year 2012. Earth is currently caught between a war between angels and demons and the masters of this planet are the demons.

Since coming out and disclosing information about his involvement in the illuminati, Leo Zagami’s life and that of his family has been threatened and personal website closed down.

Arizona Wilder has been abducted since childhood by a secret branch of US government called MKULTRA to perform blood rituals for the Illuminati. She had been subjected to unthinkable torture as a child, mind controlled and brainwashed multiple times in order to invoke her psychic abilities such as astral projection. In an interview with David Icke, she cites Dr Joseph Mengele, the Nazi doctor nicknamed “Angel of Death”, as her supervisor.

Dr Mengele is known to have been involved in heinous crimes and torture during World War 2. Brought to the US under Project Paperclip, he was to lead US Government’s projects in the area of Mind-Control. It was not until his death in 1979 that Arizona Wilder began to set herself free from the mind programming.

As part of her training, she was frequently taken to area 51 and many other military bases where she witnessed great horrors such as mutated beings being experimented on to. She was to psychically help these beings to not feel pain while they were being taken apart.

In her role as the Mother Goddess in blood rituals, she used her psychic abilities to invoke demonic entities from other realms to come for sacrifice and impart information. There can be only 3 Mother Goddesses alive at any single time.

Due to the part she plays in those rituals, she has seen great atrocities and famous people such as the Queen Mother and other members of the British royal family devouring human flesh and drink human blood during rituals.

According to her, many of the elites such as the Bushes, the Clintons, the Rockerfellers amongst others are actually reptilian beings shape shifted as human beings. They need to drink the blood of people of a specific bloodline to sustain their human form.

Arizona Wilder has given a few interviews on her former life but has acknowledged that she finds it rather challenging to do so. The trauma she has endured requires much healing even to this day.

Inside The Matrix Of The New World Order

The Strange Case of Katherine Hudson