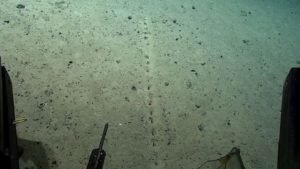 Confused scientists decided to consult the Internet community to find out what or who created a series of mysterious holes on the bottom of the Atlantic Ocean, reports the Daily Star.

The strange footprints were discovered by the National Oceanic and Atmospheric Administration’s (NOAA) research ship Okeanos, which has conducted three ocean exploration expeditions.

NOAA is currently mapping the Charlie-Gibbs Fault Zone, the Mid-Atlantic Ridge and the Azores Plateau in the North Atlantic Ocean in an attempt to unravel the mystery. 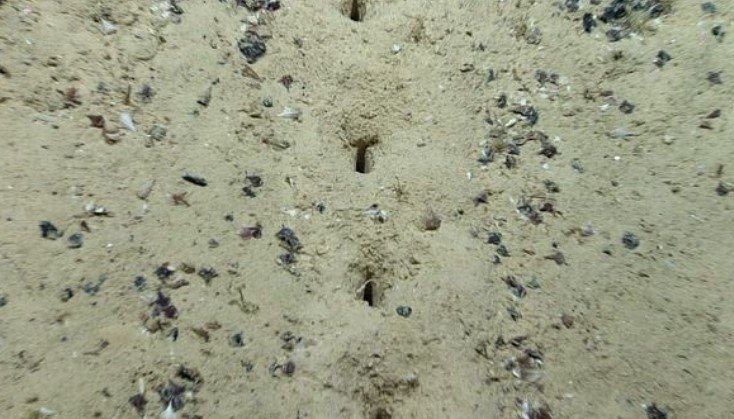 However, they also reached out to the Internet community to ask what or who they think might have made these strange indentations.

“During Saturday’s Okeanos dive, we observed several of these sublinear sets of holes in the sediment. These holes have been previously reported from the region, but their origin remains a mystery.”

“While they appear to be man-made, the small heaps of sediment around the holes give the impression that they were dug out by… something. What hypotheses do you have?,” NOAA asked.

One user suggested: “A previously unknown type of crab that hides in rectangular holes and hunts in linear flocks, waiting for prey to fall into their paws.”

Another wrote: “There are many theories that aliens do not come to us from another sun system at all, but from the oceans. I suggest drilling holes to see what’s underneath.”

Others have put forward somewhat more realistic hypotheses: organic disruption or seismic pressure along tectonic plates could have caused the bubble holes.

Another wrote: “It seems to me that sedimentary rocks are sinking or water is flowing from a crack in a geological shelf or cave roof.”

“I suspect that either the ancient coral or some sedimentary rock structure underneath it has a void for which the material is being washed away further. I would start looking to see if there are any caves or deformations on the seabed.”