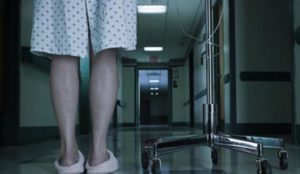 How many night nurses have you met who swear they have, at one time or another, seen or heard something during their shifts that can’t quite be explained?

According to a CBS News article in 2015, 22 percent of Americans believe they have seen or felt a ghost and 48 percent said they believe in ghosts.

As healthcare professionals who deal with life and death on a regular basis, nurses would naturally contemplate questions regarding the human soul—where does it go after the patient has departed? Can souls of the deceased linger and touch the living?

Whether or not you believe in ghosts, you’ll surely hear many nurse ghost stories during your years of practice. Here are a few creepy tales from AllNurses.com, a website dedicated to nurses and the medical profession.

Don’t Let Them Take Me

The best I have heard is from a nurse who said that one night she was floated to oncology at the hospital where she used to work. She was given a patient who was passing away and had been unconscious for several days.

At one point during the night the nurse went into the room and the patient was at the top of the bed and looked at her and said, “Don’t let them take me!” The nurse was freaked out and asked the patient who was going to take her and she said that black thing up there and pointed up in the air. This patient died within minutes. 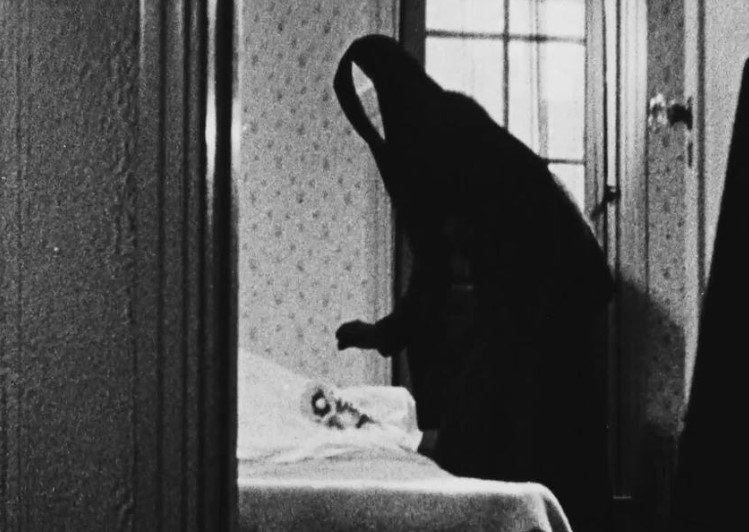 Mystery of the chair

I was working the night shift (11:30 p.m. to 7:30 a.m.) in a nine-bed residential palliative care facility. The building was fairly new and had been open for several years.

One night, I was sitting in the nursing station. Around 3 a.m., my colleague left to take a break, leaving me alone. All the patients were sleeping, and there were no overnight visitors.

All of a sudden, I heard a noise that I couldn’t place. I popped my head out of the office door and looked down the hall toward the patient rooms. I had thought perhaps someone was up. I saw there was nothing and turned in the other direction, toward the reception area.

There, I saw something strange. In an empty room, the office chair moved from side to side as if someone had just quickly gotten up out of it. The place was silent—just the slight noise of the chair as it moved from side to side. I stood and watched the chair move slower and slower until it finally stopped. Then, I felt it. The air around me had been disturbed and I could feel it on my skin.

I could hear no sound coming from the patient rooms, nor from where my colleague was resting. There were no windows open or fans that were on. I even checked to see if anything had fallen off a shelf that may have hit the chair to make it move. I couldn’t find anything. Was it an earthquake? A tremor? A truck passing by? I looked around at all the other chairs that had stood still, the wall hangings that hadn’t budged.

I’ll admit I was spooked. There was nothing that could have caused the chair to move the way it did.

When I think back to that night, I still feel funny. I’m left wondering if someone who had passed away in that facility had come back to check on us. In palliative and hospice care, we know our patients will die.

It is our job to help them pass through the stage of dying with as little pain and discomfort as possible. Death doesn’t intimidate us nor does it scare us. Death is a part of life. But what are ghosts?

Calling From the Grave

We had a patient who was always on the call button. You know the type. The nurses have to take turns during the shift answering the call button so the primary can actually do other work.

I work 7pm-7am. He died about 8pm. Oh, the look on his face, like, “How could you let me die!” Like it was our fault. Anyway, family came and gone by 9pm, funeral home gone at 9:30pm. About 10pm, the call button starts going off. I was there – call button going off every 5 minutes.

One of the nurses was a very spiritual girl. At about 2am, after like 4 HOURS OF THIS, nurse Mary snaps, “Enough!”

She walks down and practically screams into the empty room: “Mr. X, you have died. You can’t be in here bothering us anymore. Move along. In the name of Jesus, I’m exorcising you from this plane of existence. Go to the light and be happy!”

And I kid you not, the call button stopped going off then and there.

I don’t know if this qualifies as a ghost story but here it is. I was taking care of a 12 year old with aplastic anemia. A week before she died, every day, at 12:15pm, I would get a cold chill across the back of my neck and the hair there would stand up.

I mentioned it to the evening nurse, who was convinced she would die at that time. Several days later, her parents decided to cease all treatment. She lapsed into a coma. At 12 noon, she woke; asked me to hold her up; said goodbye to her parents, grandparents, and siblings; and died in my arms. It was 12:15 pm.

I work as a CNA in long term care. We had one resident, “Betty,” who was totally independent. All ADL’s were done on her own and she did fine on her own, never had an incident. The only time she wanted help was showers and then she only wanted you around to make sure she didn’t slip and fall.

Betty came down with pneumonia and had to be hospitalized. When she came back she was too weak to do things on her own but too stubborn to ask for help.

The last thing the CNA told her before going to bed was “If you want to get up, hit your call light. I’ll come help you.” Of course she didn’t, got rid of the bed alarm, climbed out of bed, and fell. Betty died from the fall. Her bed has been empty since.

My eyes filled up with tears, I backed out of the room, and made someone else turn the call light off.

This is really more of a possession than a ghost story. I was helping another nurse with a patient that had lived a very hard life. He had numerous things going on with him, from cardiac to renal failure.

This man was very much afraid to die. Every time his heart monitor beeped, he would just go into a rage screaming, “Don’t let me die! Don’t let me die!” The other nurse and I found out why he didn’t want to die.

About 0200 his cardiac monitor starts alarming V-Tach. We both rush into the room. I am pulling the crash cart behind me. When I get to the room, the other nurse is completely white. This man was sitting about 2 inches above the bed and was laughing. His whole look completely changed.

His eyes just had a look of pure evil in them and he had this evil smile on his face. He laughed at us and said, “You stupid b****es aren’t going to let me die are you?” and he laughed again. We were kinda frozen.

I did reach up and hit the Code Blue button and when I did the man went into V-fib. He crashed back onto the bed. We started coding him, but after 20 minutes it was called.

Five minutes after the code, several of the code team is in the room cleaning up when this man sits straight up in the bed and says, “You let him die. Too bad.” and then begins laughing. The man collapsed back to the bed.

We heard a horrible, agonizing scream (actually every patient in the unit that night commented on the scream), and then you could hear “don’t let me die” being whispered throughout the unit. Every one of the nurses that night was pale and scared. Nobody went anywhere by themselves.

By morning the whispers of “don’t let me die” were gone. The night shift nurses had a prayer service in the break room before we left for home and then we all had nightmares for weeks.