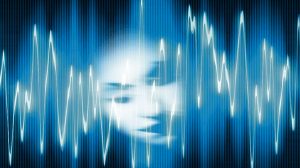 Professor Ernst Senkowski sits hunched over a trailing mass of wires and ageing radios in his laboratory. To the untrained eye it looks like an impossible tangle, but the Professor says it’s a machine for communicating with the dead.

As the wind howls outside his lab, the physics professor tells me about the first message he received on his equipment: “A voice came through and said quite clearly ‘We are the dead. We are still able to think and speak.”

But that was just the first of Professor Senkowski’s ‘messages from the dead’. Shortly afterwards he received a message from his father, who’d died many years previously.

“Ernst my little dwarf,”. The Professor recalls his father’s ghostly voice as saying. “He spoke in a little used Prussian dialect. And no one but my father used, or even knew, that nickname.”

“I was not a believer. I’m a physicist. But all of the evidence I’ve seen confirms that the dead are trying to communicate with us.”

Emeritus Professor Senkowski, a physicist from Bingen technical university in Germany, is one of a growing band of researchers studying messages that appear to come from the dead. The communications often take the form of ghostly voices picked up by radios and tape recorders, but very occasionally, television pictures mysteriously arrive unbidden. Researchers claim the communications, known as Electronic Voice Phenomena – or EVP – can be heard loud and clear. They also appear to answer questions posed by scientists and can predict the future.

More intriguingly, the ghostly voices often talk of a beautiful afterlife that is filled with happiness, where suffering is unknown, and loneliness long forgotten. Occasionally, the voices will describe a “hell” full of restless souls waiting to be reincarnated so they can re-learn life’s lessons.

Many of those who study the cryptic messages from the dead are not cranks or fraudsters eager to delude the gullible. Surprisingly, they also include respected researchers, diplomats, and academics. Around 20 different countries now host research groups dedicated to studying the mysterious phenomena. And now British researchers have gathered compelling evidence which, they believe, proves that the ghostly voices do indeed come from the dead.

So are we on the verge of communicating with the deceased? Professor David Fontana, a psychologist at Cardiff University, thinks we might be.

He says that the evidence for the ghostly voices originating with the dead is now “very compelling”.

“They are not the result of fraud or stray radio waves being picked up by the equipment,” says Professor Fontana.

“That leaves just two possibilities. The first is a psychokinetic effect, where the human mind somehow imprints a voice directly onto a piece of audio tape or a radio. The second possibility is that it comes from the deceased.

“It seems that EVP are most likely to be from the deceased.”

Electronic Voice Phenomena were first detected shortly after the invention of radio. Early radio engineers would often hear ghostly voices sweeping in and out of tune on their newly built receivers and recording equipment. Intriguigingly, the voices could only ever be heard on electronic recordings. The engineers would often design radios with perfect reception, and yet, when they tried to record broadcasts they would hear unexpected whispering voices in the background. Voices that were most definitely not present in the original broadcast.

As the technology advanced, most of this ‘interference’ was eliminated. But very occasionally, the voices would once again appear and disappear in the space of a few seconds. Try as they might, the engineers could never quite eliminate the whispering voices. After a while, such occasional ghosts in the machine were ignored by engineers and written off as ‘interference’.

But all that changed in the early 1950s when the Catholic church started taking an interest.

Strange as it may seem, the Vatican employs a large number of scientists to ensure that the Church is up to date with technological developments. They are often highly gifted and dedicated researchers who bring to science a refreshingly different perspective.

In 1952, two of these researchers stumbled across ghostly messages whilst recording some Gregorian chanting. As they played back the recording, Fathers Gemelli and Ernetti noticed a whispering voice in the background – one that was definitely not there in the original. After a while Gemelli realised that it was his father’s voice.

The priests then recorded the chanting once more – and again heard the voice. It said quite clearly: “But Zucchini, it is clear, don’t you know it is I?”

Again it was Gemelli’s father’s voice, but more significantly, he used the nickname “Zucchini’, a name known only to the priest’s parents. Those few words convinced Gemelli that he was talking with his father. The priests took their findings to Pope Pius XII, with surprising results. Expecting to be chastised for communicating with the dead, the two priests were shocked to discover that the Pope was delighted with their research.

The Pope reassured them: “This experiment may perhaps become the cornerstone for building scientific studies which will strengthen people’s faith in a hereafter.”

The scientific study of EVP took an even stranger turn in 1971 when sound engineers at Pye Records in London decided to investigate the phenomena. To help them, they brought in Konstantin Raudive, an expert on EVP.

Raudive was seated in a studio and asked to speak into a microphone. The studio and microphone were completely shielded from all radio waves and magnetic fields, thus eliminating all possible sources of interference and fraud. The engineers taped Raudive’s voice for eighteen minutes, during which none of the experimenters heard any other sounds. But when the scientists played back the tape, they could hear over two hundred voices on it.

The Pye Records study did little to spark long term interest amongst researchers. Many of those who believed in the phenomena retired from the field, claiming that EVP was now a proven scientific fact. The sceptics simply cried foul and carried on ignoring it.

But here and there, in small research groups around the world, EVP devotees carried on their work. One, the American George Meek, even claimed to have built a machine – the ‘spiricom’ – which allegedly allowed two-way conversations with the dead. Meek’s machine initially impressed many, although after an encouraging start it mysteriously failed to produce further results.

The whole field was radically shaken up a few years ago when researchers in Spain and France started to receive a ‘spiritual radio station’. The dwindling band of EVP devotees were delighted. The communicators – who all claimed to be deceased – dubbed themselves ‘Timestream’. And rather than being a fleeting phenomena easily dismissed by sceptics, the researchers still receive Timestream on a weekly basis. It must rank as one of the most bizarre psychic claims of all time, and yet, it has a large number of eminent researchers backing it.

Dr Anabela Cardoso was the first to receive Timestream. She is not regarded as a crank. On the contrary, she is one of Portugal’s most senior diplomats, having held such posts as the Portuguese Consul in the US, Charge d’Affairs in Japan, and Consul General in France and Spain.

Many of the messages received by Dr Cardoso – and witnessed by Britain’s Professor Fontana – were picked up by surprisingly low-tech equipment. She uses five radios, all tuned to different blank channels, which consequently pick up only ‘white noise’. These white noise channels are recorded using an ordinary tape recorder. When these recordings are played back, the researchers claim you can hear the voices of spirits. And if you ask the spirits questions, then you receive answers.

Many are sceptical of the claims made for Timestream, but what if it truly was a ‘broadcast’ from the dead? A big ‘if’ admittedly. What could it tell us about the nature of life – and death?

The messages received by Dr Cardoso claim that “survival after death is a universal law”.

“I am told that everybody and everything survives death,” says Dr Cardoso. “All living beings, be they plants or animals, live on after they die.”

“Suffering is also very important for spiritual development,” says Dr Cardoso. “They say that we should live happy and contented lives, but that we should also realise that when suffering comes, it will help us in our growth and development. Real spiritual awareness consists of accepting what life brings us.”

The messages hint that the afterlife is similar to our world in some ways, except that it is far more beautiful and less constrained by physical laws. Spirits can move effortlessly and with infinite speed. They can be in two places at once. Time seems to have little, if any, meaning. Equality runs throughout their realm, with humans, plants, and animals all having the same spiritual value.

Professor David Fontana, of Cardiff University, has studied EVP for three years and worked alongside Dr Cardoso. He says that her results are genuine.

“There’s now a tremendous amount of evidence for EVP. Dr Cardoso’s work is very strong indeed. I’ve worked with her when she has received information from Timestream under conditions that rule out stray interference or fakery.

“If you ask questions, you get answers. It’s very, very compelling.”

But Professor Chris French of Goldsmiths College in London is still highly sceptical of the claims made by EVP researchers. He says: “I’ve no doubt that some examples of EVP are the result of receivers picking up stray radio waves and the rest is simply down to people reading too much into random noise.”

But academics studying the phenomena are convinced that they can rule out fraud, radio interference and ‘over-interpreting’ the results. They want to move on and begin interrogating the dead to see if they will reveal more about the afterlife.

“I’m convinced that something paranormal is occurring and I shall continue studying the phenomena.” says Professor Fontana.
Written by Danny Penman, source: newsmonster.co.uk