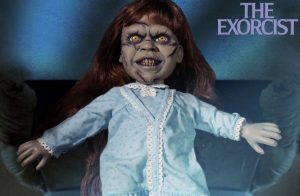 Mezco have recently released a Regan doll from the Exorcist film with sound features that is sure to make your head spin… Only if you are a doll lover.

Standing at 15″ tall, the character of Regan MacNeil from The Exorcist film is presented in a real cloth nightgown from the film.

The possessed youth says 6 iconic and hair-raising phrases including “It burns!” and “Keep away! The sow is mine!”. 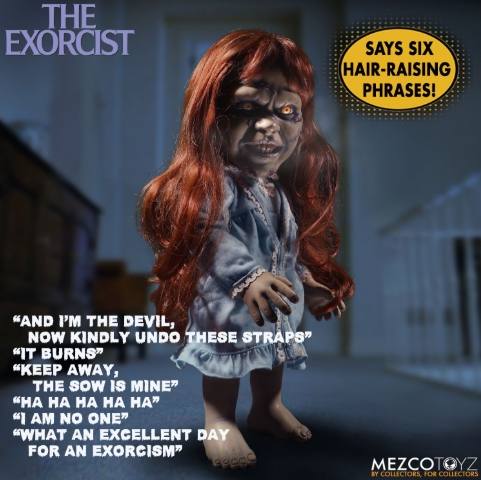 The description as advertised goes on to say “The devil is in the details and each of them have been captured here, from Regan’s untamed real hair to her crazed, piercing eyes and maniacal grin. This Mega Scale Exorcist figure features 11 points of articulation for dynamic nightmarish poses”.

Breaking onto the cinematic scene in 1973, The Exorcist became the first horror film to be nominated for an Academy Award.

The film tells the spine-tingling story of the demonic possession of a young girl, and a mother’s fight to save her daughter through an exorcism.