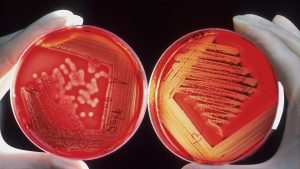 The anti-aging vaccine developed by Japanese scientists will help prolong life in the future. Professor of Juntendo University (GEO Japan) Tohru Minamino told REN TV about the features of the created innovative product.

“We have been working with aging and aging cells for over 20 years. We have found that these cells activate atherosclerosis or other diseases associated with age, such as diabetes. If we can remove aging cells from the body, we can improve the situation with atherosclerosis, diabetes and so on,” the scientist explained.

“This is our main result. We have found a special marker that indicates aging cells. And our vaccine works in such a way that it detects these markers and removes aging cells from our body,” explained Tohru Minamino.

He also added that the developed tool will further cope with age-related diseases such as diabetes, and maybe even dementia.

“The final goal of our study is humans. We want to apply our technology to patients. True, there is still a lot to be done, “- said the professor.

At first, the study was carried out on different types of mice, since humans and rodents are susceptible to the same diseases. As Minamino explained, mice typically live for about two and a half years.

“But with the vaccine, they live longer. People and mice are susceptible to the same diseases. But in general, all the same, research should take place gradually: first on mice, then on monkeys, and then on humans. There is no need to rush here. But we will definitely get to people. “, – the specialist assured.

He also noted that so far only one marker of senescent cells has been found, but there should be more of them. Ideally, according to the professor, you need to find your own marker for each type of disease and for each individual patient. Thus, in each individual case, it will be possible to choose the right vaccine. He stressed that this is the innovation of the development, which allows you to look to the future with confidence.

“I believe that we are very close to launching a vaccine for humans. We need to identify a few more markers for aging cells, and we can easily create a vaccine. There are already at least several ways to fight cancer using antibodies … I think we very close, “- said Tohru Minamino.

He also expressed the hope that this could happen in the next five years.

People do not lose their hearing even after death