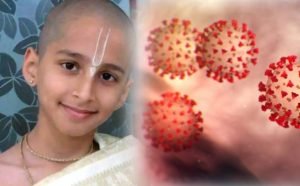 The young clairvoyant said that in the coming year, our life will finally return to its former course. However, the changes will take place gradually.

A 15-year-old boy from India named Abhigya Anand warned a year before the spread of the coronavirus across the planet that a worldwide pandemic awaited us.

He literally said that a dangerous virus would appear in the spring of 2020, against which all drugs and existing vaccines would be useless. Moreover, the young man assured that humanity would not be able to cope with the disease for several years.

Since then, the opinion of the seer has been listened to, and Abhigya himself regularly pleases (and worries) those interested in new predictions.

Most recently, he shared what 2022 holds for us. If the forecast in the previous December was, to put it mildly, not very optimistic, this time the news is much more joyful.

According to the young predictor, some grandiose events will surely take place in the new year. 2022 will go down in history, but this will have to come to terms with some difficulties.

He also touched upon the topic of covid and vaccination. According to Abhigya, due to constant mutations in the near future, no drug will help to cope with the virus.

He strongly recommends that people of all ages lead a healthy lifestyle and temper the body. The teenager advises to go in for sports, eat mostly plant foods and try to spend more time outdoors.

Also, the young sage advised to be more careful with the development of artificial intelligence. He believes that all kinds of technologies (in particular – 5G, which is now being actively implemented in all countries) can lead to even greater difficulties – non-epidemiological. And, alas, it will not be able to influence this humanity – the process has already started.

“Collect rainwater. If possible, learn how to get energy using solar panels or a generator,” warns the teenager.

Guard let the ghost of a deceased patient into the hospice, thinking it was a living person