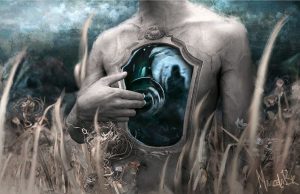 For many decades, scientists have been struggling with the question of the existence of the soul, its definition and nature.

Theology and philosophy claim that the soul exists. Traditional science, on the contrary, denies the existence of such a phenomenon as the soul.

Duncan McDougal established more than a hundred years ago that the soul weighs 21 grams. This conclusion he put forward after a series of experiments.

The experiment consisted in weighing people during their lifetime and immediately after their death. Thus, he was able to establish that immediately after death, exactly 21 grams of weight from the human body evaporates somewhere.

The experiment was also carried out on dogs. Their weight during life and after death did not change, which meant the absence of a soul in dogs.

However, many reputable doctors have denied such results. They chalked up the weight loss to fluid excretion when they sweated.

In the case of dogs, everything is just as simple. The fact is that dogs do not sweat, but are cooled by breathing. Thus, the opinions of experts were divided.

In philosophy and theology, the soul is that which underlies life. It is independent of the material body of a person. The body dies and turns to dust, but the soul continues to live.

For many, the soul is the most important part of a person. Medicine does not give any description of the soul and its exact definition. However, there is no doubt that the soul has always been closely connected with the human spirit.

Some people are especially vehement about the existence of the soul. They argue that the soul not only exists, but does not really die. So, for example, the psychologist and philosopher Raymond Moody experienced a state of near-death experience and claimed to have been in heaven despite brain death.

He wrote the book Life After Life, in which he described in detail his experience and the experience of people who survived near-death experiences.

Life After Life sold more than 13 million copies, was translated into a dozen foreign languages and became an international best seller, which made the subject of NDEs popular and opened the way for many other studies.

Is the Afterlife What We Think It Is? A Challenge from NDE Studies