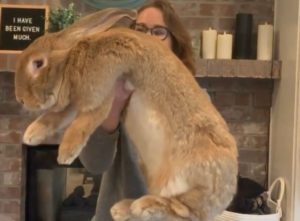 Social media users were delighted to see a domestic rabbit, the size of which reaches almost human height. Pet lives with his family in Seattle.

Today, a rabbit named Cocoa Puff is very popular on social networks and especially on Instagram with 292 thousand followers.

“We thought it would be better to have a rabbit, because you couldn’t keep a dog or a cat on rented housing. Our daughter Macy loves animals very much, so we decided that it was time to replenish the family and started looking for a beautiful rabbit. We noticed that large rabbits get along well with children,” says Lindsay, owner of a giant rabbit. 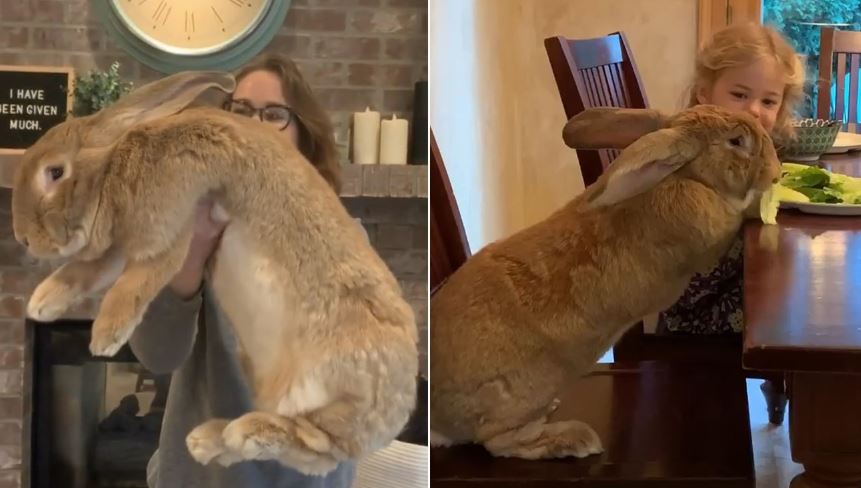 Also, the woman added that Cocoa Puff for some time got used to the change of scenery and people. He quickly enough found a common language with all members of the family.

According to the owner of the animal, it took them about six or seven months to train the rabbit. Many can underestimate these furry animals, but they are smart enough.

Each day, the rabbit eats two huge bowls of greens, food pellets and hay. He also loves to feast on dried bananas and mangoes.