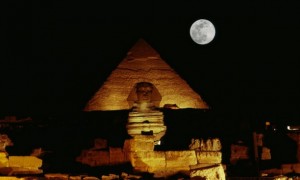 Want a ghost story? No need to turn to Paranormal Activity or Ghost Hunters… The ghosts of pharaohs, little girls and army generals are amongst us. Here we present you 5 of the most haunted places in Egypt.

A haunted pyramid? Yes, of course! Many eye witness reports have recorded a man and his three children, dressed in clothes typical of the 1920s, roaming around the Great Pyramids looking for something. As we are telling a ghost story here, we’re going to assume that he’s searching for his wife and mother of his children.

The much creepier story surrounding the haunting of the pyramids is the emergence of the ghost of Pharaoh Khufu himself who is the proud owner of one of them. Dressed in traditional ancient Egyptian armor, he appears at midnight and walks the streets, visiting houses and telling their inhabitants to leave the area. If ghosts have unfinished business to linger around, Khufu has been very patient for many millennia now.

The Valley Of The Kings

Hosting a few hundred dead Pharaohs for the past 5000 years, the rumour that the Valley of the Kings is haunted should come as a surprise to no one. A pharaoh in a chariot has been seen roaming the valley as well as perceptions of strange noises such as footsteps, screams and shuffling without a source. Watchmen believe these are the spirits of the deceased whose tombs have been desecrated. Now they are looking for their treasures which are, largely, crammed in the Egyptian Museum a few hundred miles away. 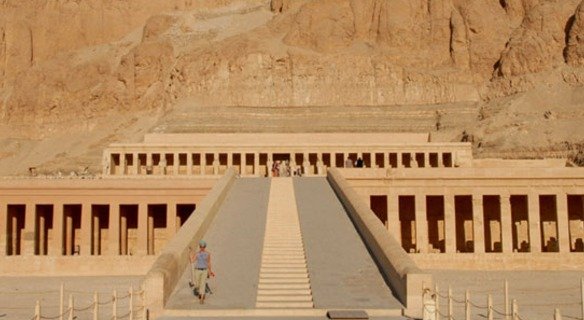 On top of that, the “Mummy’s curse” has made Tutankhamun’s gravesite a creepy place. Upon financing the discovery of the site, Lord Carnarvon died before he could harvest the fruits of his investment due to an infected mosquito bite on his neck. The later inspection of Tutankhamun found a similar wound on the young Pharaoh. Howard Carter, the archaeologist who found the site, died due to chemicals used in the chamber after it was discovered. Hence, his greatest discovery was also his doom, spreading more superstition over the apparent curse on the tomb. These accounts are super scary albeit highly controversial.

Baron Empain’s story reads like a horror novel. After his widespread infidelity, his wife died in the palace after falling down the impressive spiral staircase of the main building. Having suffered from mental illness, his daughter passed away just a few years later. Her condition had made her sit in the basement for days at a time. A secret corridor beneath the building is said to lead to the Baron’s final resting place adjacent to the Basilica. Who knows, maybe it’s the Baron’s ghost himself who is still haunting the premises?

A Haunted House in Maadi

Some time ago, there was a murder in a house on El Sherifa Dina Road. Rumour has it that a girl lost her life in the building and then never left the premise. One of CairoScene’s own located the house a few years ago and wanted to see for himself if the place was as haunted as everyone said. As he entered the building, he saw nothing but empty rooms, covered in a thick layer of dust. The only thing gracing the floor was a leftover pillow.

However, there is a reason the house hosts nothing but dust. Since the murder, nobody has been brave enough to reside in the rooms as they are said to still be home to the dead girl whose spirit never left the premise. Bold people of Cairo, how about a ghost roommate?

Dashour, also known as the location of training sessions for young soldiers, has been a haunted scene for many not just because of the grueling training sessions of the conscripts. Reports claiming the superiors are not the only ones shouting on the grounds have surfaced for many years. According to that, soldiers have heard shouts and screams as well as gun shots in the middle of the night despite no unauthorised body being allowed anywhere near the training camp.

Even proper ghosts have apparently been sighted. One witness claims to have seen a dead army general working out as if he had never left to the beyond. These stories suggest that he might still have to “cross over” and is still saluting in spite of his demise.