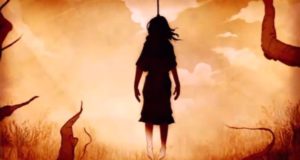 Chipita Rodriguez, to give her her proper name, was the daughter of a Mexican who fought alongside Sam Houston and others in the cause of Texas independence. Rodriguez was reportedly born December 30, 1799, in Mexico.

Life was unkind to Chipita, though; a marriage turned sour, and her husband walked out one day, taking their son with him. She would not see the boy again for many years, and when she did, it would cost her her life.

By the mid-nineteenth century, Chipita was living in poverty, she furnished travelers with meals and a cot on the porch of her lean-to on the Nueces River.

One such was a man named John Savage, who showed up one night with six hundred dollars in gold in his saddlebags.

He did not live through the night. He was killed with an ax, and Chipita was accused of his murder.

Legend says that another man was at Chipita’s cabin that night; he was her longlost son Juan Silvera, and he killed John Savage, taking his gold and leaving his mother to face the dreadful music that followed. 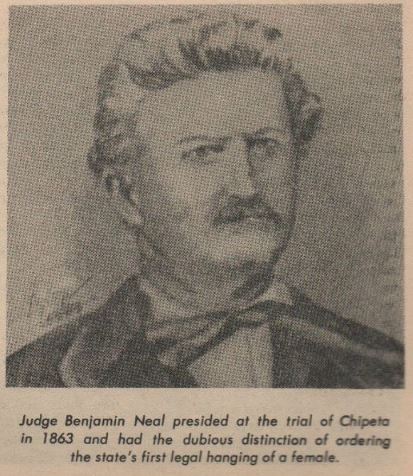 Although Rodriguez maintained her innocence, she refused to testify in her defense and remained silent throughout the trial, perhaps to protect her guilty son.

Although the jury recommended mercy, Neal ordered her executed. She was hanged on Friday, November 13, 1863. No gallows were built for Chipita Rodriguez. She was hanged, and buried under, a mesquite tree by the Nueces River.

The mesquite tree died shortly thereafter, allegedly struck by lightning, and the site of her grave has been lost to flooding since her death. 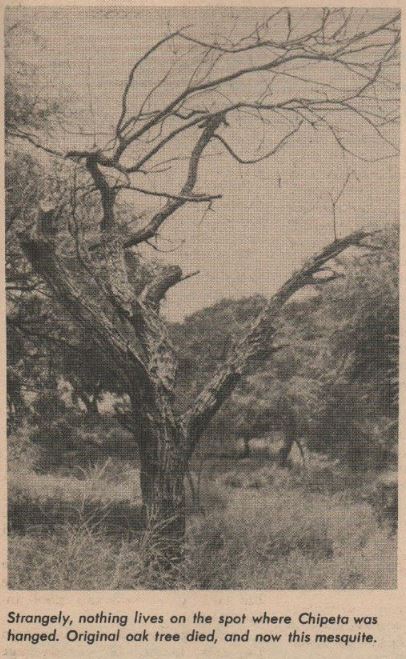 She was 63 at the time of her death. Her last words were quoted as being, “No soy culpable” (I am not guilty).

At least one witness to the hanging claimed to have heard a moan from the coffin, which was placed in an unmarked grave.

More than a century later, on June 13, 1985, the Texas Legislature passed a resolution noting that Rodriguez did not receive a fair trial.

Over the years her ghost has been sighted in a stand of trees near where she died. Rodriguez is depicted as a specter with a noose around her neck, riding through the mesquite trees or wailing from the river bottoms.

At first, the legend said that she appeared only when a woman was about to be executed in Texas—but even there, where judicial executions are carried out at the highest rate in the nation, there have been only a few executions of women.

So the legend changed; Chipita is now said to walk whenever any Texas woman is unjustly accused of the crime of murder.