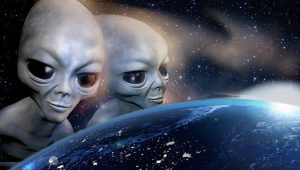 Researchers believe that if aliens really exist, then in more than 2 billion years they probably could have examined not only our planet, but also its inhabitants.

American scientists have compiled a list of star systems from which potential observers can see the Earth. If someone really observes our planet, then from the named points he will be able to see the life of earthlings.

The NASA TESS (Transiting Exoplanet Survey Satellite) space telescope is designed to search for exoplanets by the transit method. The list now contains 1004 main sequence stars around which Earth-like planets can revolve in the habitable zone.

All these stars are similar to the Sun and are located 300 million light years from our planet. From this distance, it is quite possible to detect the chemical signs of life on Earth.

Scientists believe that if we want to find extraterrestrial civilizations and establish contact with them, then first of all they should be looked for in those planetary systems from where the transit of the Earth around the Sun is visible.

It is possible that, observing our planet, aliens will want to contact earthlings, according to the Monthly Notices of the Royal Astronomical Society.