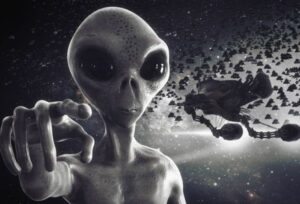 Human civilization today does not have sufficient energy resources, as well as sensitive radio telescopes to detect the radiation of some devices on another planet where there is extraterrestrial life, said Alexander Panov, an astrophysicist, Ph.D. …

“Man can only find such extraterrestrial civilizations that outstrip his development by billions of times, for example, in terms of energy. And in order to find a civilization similar to ours, the methods used now are absolutely inappropriate. The result only says that there are simply no such powerful civilizations close to us, that’s all,” says Panov.

Russian astrophysicist explains that a human-like civilization cannot transmit a radio signal simultaneously in all directions, since it has very limited energy capabilities.

“All that we can expect from the other side is that once in some time (a year or several years) from the place where there is civilization, we will receive a short portion of signals. In order to catch them, you need to look at this particular place with a radio telescope continuously, otherwise the signal from space will be guaranteed to be missed,” says the astrophysicist.

The methods that are used now are arranged as follows: stars are taken, near which, in theory, there can be life. And each of them is being watched for half an hour. After that, the star is “forgotten”, although the fact that no signal was seen from there for 30 minutes does not mean that there is no extraterrestrial life there. This approach, according to the expert, is wrong.

“It can easily happen that a star, at which we have already looked for half an hour, has begun to broadcast on us, but we have already moved on to studying another. Accordingly, both we and they let us through,” explains Panov.

In order to correct this situation and increase the chances of searching for another civilization, it is necessary to create a device that will look in all directions at the same time.

“And more advanced civilizations, perhaps, can find us. If they are more advanced and have more powerful receivers, then, looking at us, they should see the radiation of our military radars, because these are our most powerful emitters. Then, undoubtedly, they will find us, but it is a matter of time. We do not have such tools yet. We cannot see the radiation of military radars from other planets. The sensitivity of our telescopes is not enough for this,” the interlocutor concluded.

At the end of October last year, the director of the Space Research Institute of the Russian Academy of Sciences, Anatoly Petrukovich, said that traces of current or previous extraterrestrial life can be found in the atmosphere of Venus, in the glaciers of Mars or in the subglacial oceans of the satellites of the gas giants.

Oxford Scientists: Probably aliens are in a state of suspended animation