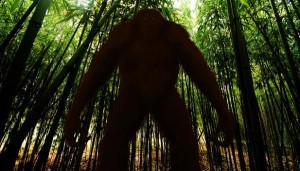 In the Scottish Highlands lies a mountain where numerous have actually experienced a fear quite unlike anything else they have ever felt. As the fogs and mists roll all-around the cairns, they say there lurks a creature massive and terrifying.

They call it ‘Am Fear Liath Mor’, or the ‘Big Grey Man’. Some see him as an old figure in robes, a giant, or even a devil. The creature doesn’t just threaten with a force of physical power, this beast also causes an almost suicidal sense of depression and panic in all who come near it.

Ben MacDhui is the second highest mountain in Scotland, standing at over 4,000 feet. It is an imposing sight and a substantial test for experienced climbers. Many of the witnesses who observe, or feel the presence of, the Grey Man is serious, hardened mountaineers, not prone to flights of fancy.

The first person to expose he had met the mountain’s strange tenant was Professor Norman Collie. Collie was a respected and well-known climber, but when he gave his speech to the Cairngorm Club in 1925, the audience was truly stunned.

Collie revealed that he had been coming down from the top of Ben MacDhui in 1891 when he heard footsteps behind him. At the beginning, shrouded in mist, he rationalized that it must just have been an echo of his own footfalls.

But at some point he realized the noises he heard were not corresponding to the moves he was making. It sounded like a giant was following him. He said it was ‘as if someone was walking after me, but taking steps three or four times the length of my own.’

Frightened, Collie thoughtlessly ran for four or five miles down the mountainside until he could no longer hear the noise. Collie never returned to the mountain, and to his dying day resolutely believed there was, ‘something very queer about Ben MacDhui.’

During the 2nd World War, Peter Densham was a mountain rescue worker, locating and saving pilots who had crashed in the Cairngorms. One day he was at the top of Ben MacDhui when a heavy mist started to fall. He sat and waited for conditions to improve. After some time he started to hear weird crunching noises and instantly felt a presence close by.

He stood up to explore, but was immediately seized by a feeling of panic. Before he realized what was happening, he was running down the mountain, dangerously close to the sheer cliff edge. He said afterward ‘I tried to stop myself and found this incredibly hard to do. It was as if someone was pushing me. I managed to deflect my course, but with a great deal of difficulty.’

Since that time, a lot of people have noticed a strange being, or felt an overpowering sense of impending doom in the area. One of the most recent encounters occurred in the early 1990s. 3 men were walking in a forest just outside Aberdeen. One of the party spotted a human-shaped figure running across the track a little way ahead of them.

He told his friends, and when they all looked in the same direction they saw a strange, not-quite-human face. A few weeks later, the same group were driving in the area when they realized they were being followed by the same tall, dark being.

The creature kept pace, even at speeds of 45 miles an hour, but eventually tired and stopped. Again, these men felt a distinct sense of terror and foreboding.

Beast enthusiasts have lots of ideas about the creature’s origin. Some say he could be an extraterrestrial being, or the ghost of an old Highland race, or even a mystical, wise religious figure.

One interesting theory is that atop Ben MacDhui there is a gateway to another dimension, and this creature is the gatekeeper. If this really is his role, then he is doing a good job. After an experience with the Big Grey Man, very few people have dared to venture up Ben MacDhui again.