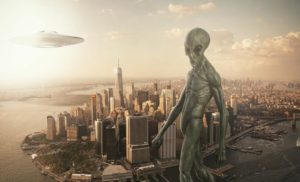 Those who think that the first extraterrestrial beings that will establish an official contact with the human race will be friendly creatures like E.T. are going to be disappointed.

NASA scientists say that reasonable inhabitants of other galaxies may come to Earth to destroy our planet because mankind seems to be unable to reduce greenhouse gas emissions.

If we take a look at our planet from the outside, the changes in Earth’s atmosphere characterize mankind as a civilization that has come out of control. Extraterrestrials believe that the human civilization is dangerous to others, the scientists said. That is why, it is quite possible that aliens may strike a preventive blow on our planet to give us all a wake-up call.

This is only one theory of the future of human civilization. Researchers also say that aliens may use humans as their slaves or food.

Shawn Domagal-Goldman and a team of scientists made a whole list of theoretically possible situations to help us choose the tactics of communication with guests from outer space. The report was made to prepare terrestrials for a clash with another civilization.

According to the scientists, the extraterrestrials will share their knowledge with humans so that we could solve such serious problems as famine, poverty and illnesses. However, this is the best of what may happen.

An alternative variant stipulates the victory of the human civilization over the invaders and the usage of extraterrestrial technologies. It seems that NASA scientists have a very vivid imagination that could be used for a Hollywood blockbuster. 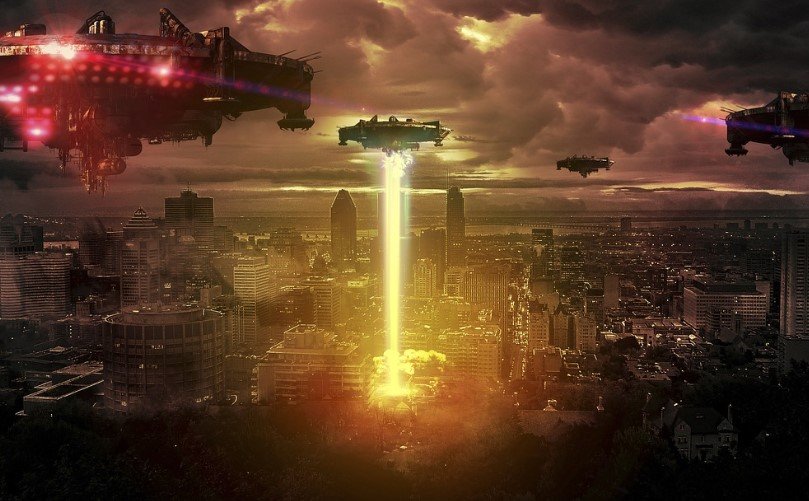 “Just as we did to those beings, the extraterrestrials might proceed to kill, infect, dissect, conquer, displace or enslave us, stuff us as specimens for their museums or pickle our skulls and use us for medical research,” the scientists wrote in the report.

As for the preventive blow, it can be possible during the earliest stage of the expansion of our civilization.

“Humanity may just now be entering the period in which its rapid civilizational expansion could be detected by an ET because our expansion is changing the composition of Earth’s atmosphere (e.g. via greenhouse gas emissions), which therefore changes the spectral signature of Earth,” the study’s authors say.

Aliens will come into contact with humans during the forthcoming 20 years, the scientists also said. Andrei Finkelstein, the director of the Institute of Applied Astronomy of the Russian Academy of Sciences, said at the international conference devoted to the search for extraterrestrial life at the end of June that the origin of life was just as inevitable as the creation of atoms.

“Our solar system is not a unique place in the Universe. Life may appear in many other places if the conditions similar to ours are preserved. One can be certain that life and reason is a common phenomenon in the Universe.

During the upcoming two decades scientists will discover places in our Galaxy where life exists. That life will bear a striking resemblance to the life that we represent here,” the scientist said.

As for the appearance of extraterrestrial creatures, Finkelstein believes that aliens will look like humans. Most likely, alien creatures will have one head, two arms and two legs. Their skin color can be different, although we have many races of different skin colors too.