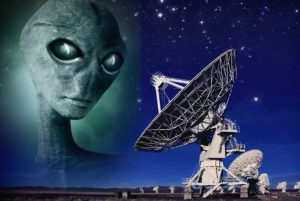 Disclosure activist Stephen Bassett says that next year the U.S. government will reveal everything about alien visitation, reports ibtimes.sg.

Bassett, founder and executive director of the Paradigm Research Group, has spent more than 20 years supporting the idea that intelligent extraterrestrials are exploring our planet and that world governments have gone to tremendous lengths to cover up this.

On its website, the group cites three main goals:

1. Raise public awareness of both the extraterrestrial presence and the truth embargo.
2. Convene open congressional hearings to take government and agency witness testimony.
3. Incite the political media to appropriately cover the attendant issues.

He also says that if it wasn’t for the administration of Donald Trump, it might have happened sooner.

“Had it not been for the extraordinary events of the last election in the United States we would already be a couple of years into the post-disclosure world,” he told The Daily Star in an interview.

“If this ‘little’ political problem in the United States is resolved and [we] get back to a normal, functioning government, though I’m sure it will never be perfect, I think this ET thing and the To The Stars Academy will explode.”

“They have got more stuff to release but they have been holding it back and this issue could go wild.”

“This means disclosure could easily happen in 2020.”

However, it remains unclear exactly how he thinks that the Trump government prevented the publication of UFO information or why another government would release this information so easily.