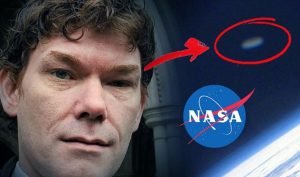 After getting into NASA archives two decades ago, a British hacker has disclosed his discoveries.

After gaining access to NASA information, the US attempted to extradite Gary McKinnon and threatened the 56-year-old hacker with 60 years in prison.

McKinnon’s extradition was rejected by then-home secretary Theresa May after protracted appeals, and he just revealed what he discovered on NASA systems.

McKinnon claimed to have uncovered ‘thousands’ of photos, one of which depicted a cigar-shaped extraterrestrial spaceship, in an interview with The Sun.

Between February 2001 and March 2002, McKinnon had access to the photographs and believes the space agency is ‘covering up proof of extraterrestrial life.’

“I was absolutely gobsmacked and those folders had thousands more images.”

McKinnon is certain that evidence of UFOs is being hidden in the US and was inspired to hack into NASA files after Donna Hare, a former NASA employee, claimed that the space agency had been ‘scrubbing images of UFO evidence’.

In a bid to verify Hare’s claims, McKinnon got access to NASA files and claims to have seen four folders marked: Filtered; Unfiltered; Processed; and Raw.

However, due to his slow internet connection, McKinnon was only able to grab one image from the space agency’s folders – that being the picture of a cigar-shaped spacecraft.

Something Huge is melting out of the Antarctic Ice Sheet

Scientists have figured out when the sun will explode