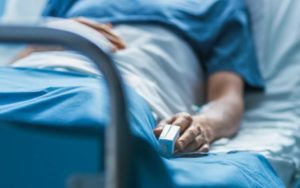 A thirty-year-old resident of India, who went to the doctor with abdominal pains, was diagnosed with a rare congenital disease and found that she had a male sex chromosome set XY. This was reported by PTI.

Doctors found that the patient suffers from androgen insensitivity syndrome, or Morris syndrome. People with this disease look like women, but genetically are men.

Woman has been married for nine years. With her husband, they tried several times to conceive a child, but to no avail.

The patient lacked a uterus and ovaries, never had menstruation, and abdominal pain was a symptom of testicular cancer, doctors said.

“Judging by her appearance, this is a woman. Starting with the voice, developed breast, and normal external genitalia,” commented oncologist Anupam Datta.

He explained that the testes did not synthesize testosterone, as they remained undeveloped inside the body, and female sex hormones did not allow her to acquire a masculine appearance.

Now the patient is undergoing chemotherapy.

It turned out that her 28-year-old sister, as well as two maternal aunts, also suffer from Morris syndrome.

Another Giant Humanoid is filmed on a hill in Aguascalientes, Mexico