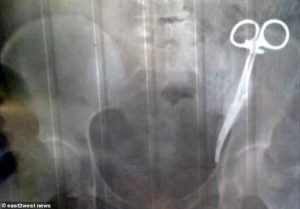 The 62-year-old Russian woman Ezeta Gobeeva lives in North Ossetia and for the past 23 years she has suffered from severe sharp abdominal pains.

Trips to the doctors did not give the pensioner relief, they blamed everything for liver problems and prescribed painkillers for her. Every day Gobeeva drank pills to escape the pain

Only in 2019 she finally made an X-ray of the abdomen, and the picture was clearly showed a large metal clamp, used by surgeons during surgery.

At first, the stunned radiologist thought that the woman had forgotten the scissors in her pocket, but quickly realized that it was indeed a foreign body in the area of the pelvic organs.

Gobeev was never operated on, but in 1996 she was undergoing a cesarean section and it means that all these 23 years, the clamp was forgotten then, and caused sharp pains.

“She (the radiologist) said that I had scissors inside.“ What scissors? ”I asked. She showed me the picture. After that, I almost don’t remember anything, I cried, I was hysterical. I was tortured for so many years.” 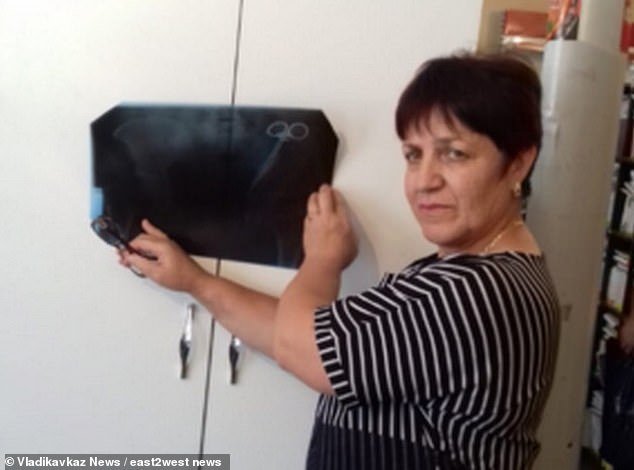 The length of the surgical clamp is 16 cm and it hurt the woman with every movement.

At the moment, the clamp is still inside Gobeeva, but it is being prepared for surgery to remove it.

“These pains were hellish, terrible. I still take medications,” the woman cries and describes that she had to take the pills every evening, otherwise because of the wild pain she could not sleep.

The authorities of North Ossetia have agreed to pay all medical expenses for the emergency operation, as well as to pay moral compensation to the woman.