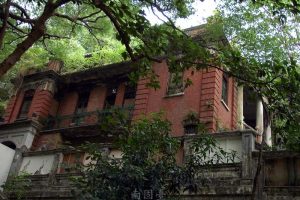 Amidst the modern glass towers of Hong Kong there is a historical home hidden beneath the city skyline where locals will tell you something is horribly wrong. There is no other way to describe this building other than to say that within its walls it is a place of death that has since the 1940s taken more lives than could be counted. Welcome to Nam Koo Terrace…

Nam Koo Terrace was constructed in 1921 by a wealthy merchant family the head of which, To Chun-man, had considerable political aspirations.

He and his family lived in the home for twenty years in relative peace. To Chun-man’s career was flourishing and the family was rising steadily along the social ladder, but in 1941 all of this would come to an end when the Japanese defeated British troops and occupied Hong Kong.

To Chun-man was informed that his property, Nam Koo Terrace, would be required as a personnel office for Japanese officers and he and his family were forced to vacate. In reality the Japanese had no intention of using the home as a strategic office but in fact converted it into a brothel for Japanese soldiers stationed in Hong Kong.

For the four years that Nam Koo Terrace was a brothel within Japanese occupied Hong Kong it’s said that the building had developed a reputation as cursed.

The working girls of the brothel were known to disappear without a trace, and while the Japanese murder of Chinese prostitutes wouldn’t be that out of the ordinary, numerous soldiers seemingly without cause took their own lives within its walls.

In 1945 the occupation ended and the property was returned to the ownership of To Chun-man’s surviving son. Whether because he had heard the rumours of the darkness within Nam Koo Terrace, or simply because of the fate his parents had met within its walls, he never lived in the property.

It would remain vacant for another forty years until being sold to one corporation after another, each with their own ambitious plans, none of which would happen.

Any building as grand as Nam Koo Terrace which sits empty for sixty eight years is bound to have common visitors from neighbourhood teenagers and urban explorers, but in this case a fair number of them reportedly go there to die. The home is still known as a place where people disappear and those that don’t are found to have taken their own lives.

Much like other suicide hot-spots such as Aokigahara Forest, assumption amongst the authorities is that the reputation draws the already suicidal, had they not done it at Nam Koo Terrace, they would have done it somewhere else. Despite that, the building’s WWII reputation for suicides where there was no cause does create an amount of wonder.

There is only one confirmed case that a “disappearance” happened at Nam Koo Terrace. The story tells that five school girls illegally entered the house in the middle of the night, Ouija board in hand. During the process of their mock séance, one of the girls began vomiting and shaking violently. 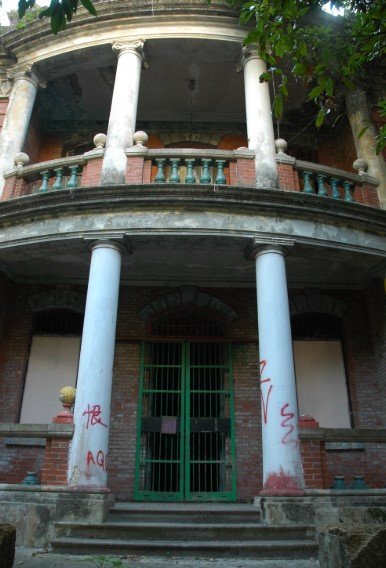 When she came to, the group fled the house – all except for that girl who stood on the steps of Nam Koo Terrace staring out into the city as though unable to leave. When the girls approached her they reportedly heard a man’s voice calling out to them from the second floor.

Neighbours overhearing the commotion of the girls now in a panic and contacted the police, but when they attempted to remove the girl from the doorstep she became psychotically violent and attacked them. The official police report stated that she demonstrated exceptional strength and three officers were required to subdue and remove her.

In the weeks that followed, she underwent psychological treatment until one morning when her mother found her gone with nothing but a note in her place that read “go back”. The press had already picked up the story from the time that the girls visited the house and the disappearance now warranted an intensive search, but despite that, the girl was never seen again.

Today, Nam Koo Terrace is under the ownership of Hopewell Holdings who had planned to build a mega-tower hotel on the land. These plans as with all others have been cancelled and latest reports are that Hopewell will leave the property as a heritage site despite their considerable investment in the costly Hong Kong land.

Security has increased on the property but reports from the guards as well as people who happen to pass by have reported the unmistakeable figure of a man shrouded in shadows moving throughout the house.

The last body, another victim of suicide was pulled from Nam Koo Terrace in 2010, but the guards still talk of a voice that calls out to them to enter the house.