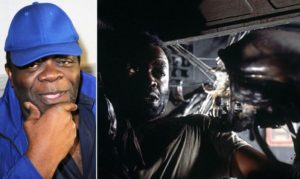 The actor who encountered a horrific death in Ridley Scott’s “Alien” film claims to have been kidnapped by extraterrestrials in real life.

Yaphet Kotto, who played the character of Chief Engineer Parker in the 1979 film, now says that he thinks aliens actually exist and that they are not just imaginary creatures depicted in science-fiction thrillers.

Kotto opened an interview with VICE about his beliefs, his first sighting and his encounters.

“It started when I was about nine or ten years old. I’m being grounded in the house for coming home late from school. I remember being told I couldn’t go outside, so I would look out at the streets of my neighborhood in the Bronx, watching the kids play stickball.”

“I get tired of watching and turn to leave and standing right at the edge of the doorway to my room was a figure of what we now call The Grays. When I turned around, a figure was behind me, it was at least five or six feet tall with an elongated head. It appeared, then jumped to the back of me and disappeared. He leaped out of the way like he didn’t want me to catch him.”

“I looked down the hall and there was nobody there. I asked my grandmother if there was anybody in the house and she said, ‘No, just you and me.’ But I never forgot that. And as I got to be a teenager and an adult, I realized that, holy s***, that was an alien.”

On some occasions, he saw the mysterious lights in the sky, on some the aliens themselves, and he also claims that he may have been abducted.

“At one point, I remember being at my home at 6 PM. I went into my office in the garage to meditate, and I saw something. I Looked at it for about five minutes, and it was light. I was wondering why the neighbors were shining a light through the top of my garage window. So I went to talk to them.” 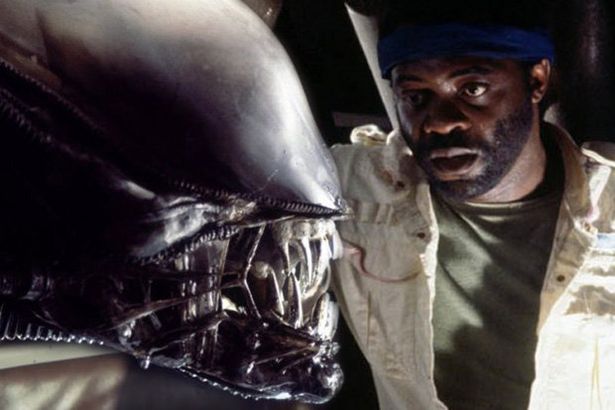 “Now keep in mind, I had been sitting in that car garage for some 12 hours and I believed that I contributed to those things that were flying above my garage… I shouldn’t call them things, they were aircrafts. As I got older, I understood what they were. I went through my youth, however, not knowing what I was experiencing, therefore, I didn’t talk about it.”

“I would just experience something and file it away until something larger happened. This is the thing other UFO witnesses don’t talk about. Every time I moved into a house, above it at some point, there would be a circle of what looked like smoke.”

“I’d wonder where it came from because it sure as hell didn’t look like clouds. Those sightings continued for a good ten to 15 years. I’ve also had time loss. I have a big loss of time between some of these moments, and I’d often wonder if I was taken.”

“It didn’t mean anything to me back then, but looking back I thought, wait a minute brother, these guys are real. I didn’t accept it fully until I was 35-40 years old. A lot of the time I never talk about it.”

“I was having extraterrestrial experiences from the time I was 10 years old. Weird experiences. First they took me to a psychiatrist, priest, rabbi, and no one could dispute it. Why would I be making things up at 10? I saw the damn things.”

He refutes claims that he’s mentally ill and said: “Absolutely not. I have an IQ of 196. Might as well say that the hundreds of other people—including Canada’s previous defense minister—who came to the same conclusions about alien life had mental health issues too.”

He added that some of those experiences also include seeing strange lights near his home. Kotto, who also starred in television series Homicide: Life on the Street, said that the strange sightings seemed to follow him too.

“Every time I moved into a house, above it at some point, there would be a circle of what looked like smoke,’ Kotto said.

“I’d wonder where it came from because it sure as hell didn’t look like clouds. Those sightings continued for a good 10 to 15 years. I’ve also had time loss.”

The New York native shared that things became stranger when he went to the Philippines.

“It was one evening in my office in the Philippines. I heard my wife and the waiters calling me to come outside in very anxious voices,” Kotto said.

“So I went out and when I got there, I saw the same huge circle of smoke over the house. When I asked them what they saw, they said they saw a UFO as big as the Yankee Stadium turned upside down.”

He continued, “They were freaking out. Two or three nights later, I saw it. The thing blotted out the entire sky. The moon and everything, it was huge. I just remember saying, ‘Jesus Christ.’ I mean I got so nervous, man, because you don’t see something like that without being vulnerable to becoming psychologically blown away”

“You get scared to put it quite frankly. That messed me up for a good three or four days.”

For those who think he just wants his name back in the spotlight, Kotto said: “I’m already famous so what possible purpose would I have to tell these stories except how it relates to the movie Alien?”

“This is the reason why I never talked about it after that movie because of course they’d say, ‘oooh, he’s trying to promote his movie. Well I’m not promoting anything now. I’ve written no book and I have no movie that’s about to be released.”

“This is the time to reveal this because no one can connect it to anything that’s a financial gain or form of media exposure.”

“We’re not alone, we’re not alone in the universe. If you totally westernize the idea look at it from a supremacy viewpoint, then you’ll say, everyone’s imagining them when it comes to these things,” the actor said.