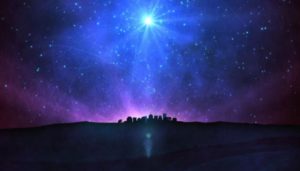 Already next month, a rare cosmic phenomenon called the Christmas star will happen, which can be observed from the Earth. The event is associated with the approach of Saturn and Jupiter to each other at an extremely small distance. The two bodies will almost collide, forming one large point of light.

About half a month ago, the two planets were aligned. At the end of next month, they will move so that they will be visible to the inhabitants of the Earth. The phenomenon will happen on 21.12, on the day of the winter solstice, when the daylight hours will be the shortest in the year.

Outwardly, the phenomenon will look like a double planet. Bodies have not flown so close since the Middle Ages. The alignment of the planets occurs approximately every two decades.

According to astronomers, the unique event will be clearly visible from anywhere in the world. The only condition is that the sky must be clear.

Of course, there will be no collision of planets. You just get the impression that something terrible is about to happen in the solar system. Astronomers have assured that there is no reason to worry.