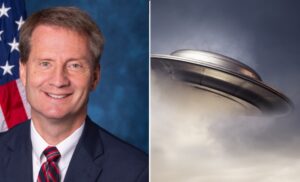 NASA has selected 16 individuals to participate in its independent study team on unidentified aerial phenomena (UAP). Observations of events in the sky that cannot be identified as aircraft or as known natural phenomena are categorized as UAPs.

NASA has brought together some of the world’s leading scientists, data and artificial intelligence practitioners, aerospace safety experts, all with a specific charge, which is to tell us how to apply the full focus of science and data to UAP.

And then NASA says the following in their announcement:

“Consistent with NASA’s principles of openness, transparency, and scientific integrity, this report will be shared publicly,” “All of NASA’s data is available to the public – we take that obligation seriously – and we make it easily accessible for anyone to see or study.”

What hypocrisy, besides, don’t expect too much from this study, NASA as well as the government has already collected so much information and evidence of the existence of the UFO phenomenon, but both organizations have covered it up for so many years.

As Rep. Tim Burchett said, “the government (and NASA too) is withholding serious information on UFOs from the public.”