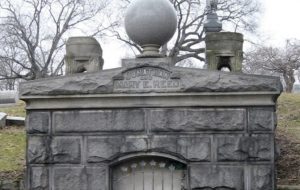 When Jonathan Reed’s wife, Mary, died in 1893 at the age of 59, the heartbroken widower didn’t want to leave her side.

The grief-stricken East New York resident initially had his wife’s remains placed in her fathers family mausoleum in the Evergreens cemetery in Brooklyn and Queens, New York. Lonely, heartbroken, and probably a little bit disturbed after his wife’s passing, Jonathan soon began visiting Mary’s tomb every day, spending hours upon hours there.

His father-in-law’s objections stopped that, but after he died in 1895, Reed purchased another vault for his deceased wife in the Whispering Grove section. He had Mary’s casket transferred to the vault, and he began spending more and more time at his wife’s vault. In fact, he soon moved into her tomb, where he lived (with a parrot) for over 10 years.

He installed an empty casket in his wife’s vault, in which he would eventually lie. He then settled into what became his second home.

Domestic furniture stood in the vestibule, a wood stove provided heat, and scattered about the vault were a clock, some urns filled with flowers, photographs, paintings on the wall, a deck of playing cards, Mary’s half-finished knitting, and the family’s pet parrot (first alive, later stuffed).

As word of Reed’s story spread, company began stopping by. Around 7,000 people stopped by in the first year alone. 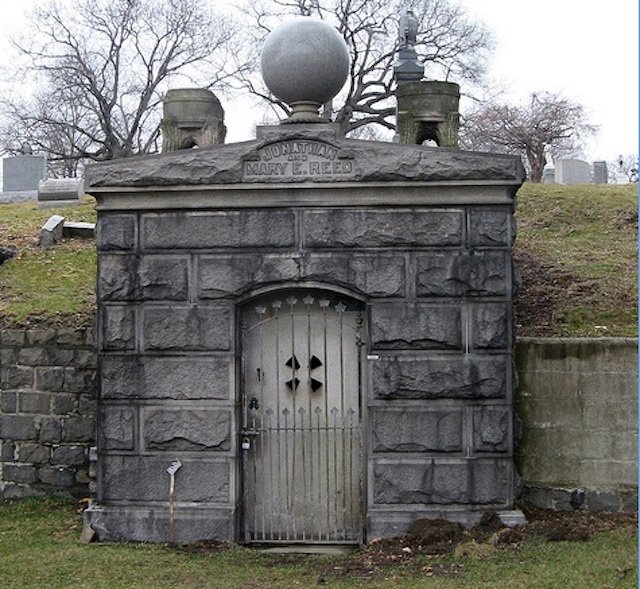 Witnesses said he ate all of his meals there and held imaginary conversations with his wife. According to the New York Times article, published in March of 1905, “Mr. Reed could never be made to believe that his wife was really dead, his explanation of her condition being that the warmth had simply left her body and that if he kept the mausoleum warm she would continue to sleep peacefully in the costly metallic casket in which her remains were put.”

The article also states, “According to his friends, he really believed that his wife could understand what he was saying to her.”

In an interview with the Brooklyn Daily Eagle in 1895, he stated: “My wife was a remarkable woman and our lives were blended into one. When she died, I had no ambition but to cherish her memory. My only pleasure is to sit here with all that is left of her”.

A group of Tibetan monks even visited, assuming he had some insight on life after death.

He died in May 1905, after been found unconscious on the floor of the vault by a passer-by that had gone to investigate having seen the door to the vault ajar, he found him on the floor unconscious with his arms outstretched towards Mary.

He died shortly afterward in hospital (although many reports claim he died inside the tomb itself that isn’t actually correct). Jonathan Reed’s remains are interred in a casket beside his wife’s, and the vault door was closed for the last time. It remains locked to this day.

The Strange Story of Dr Crippen, Killer or not?