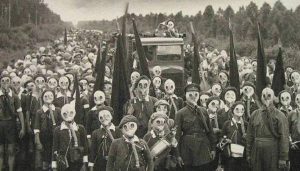 The Japanese are commonly known in pop culture for their bizarre television commercials and ridiculous game shows, but it seems that just as common are the uniquely creepy and twisted islands. However, at Miyakejima they’ve really outdone themselves. On this island lives an entire town with a population of 2,400 people all of whom spend every minute carrying a gas mask and most of the time wearing it. Welcome to Gas Mask Island…

Miyakejima, or more formally Miyake-jima (三宅島) is a government experiment begun early in the 20th century. The goal of this experiment is to monitor the psychological effects within a civilization living in the wake of cataclysmic environmental fallout.

A study accomplished by the fact that there is also alive and very active volcano on the island that spews large amounts of toxic sulfur into the air on a regular basis. In 1940 the volcano had a minor eruption and eleven citizens were killed by flowing lava, then again in 1962, and again in 1983.

In 2000 there was an eruption at far higher levels than the Japanese government was willing to accept as a risk. That eruption came with such force that it caused over 17,000 successive earthquakes over the next thirty days. 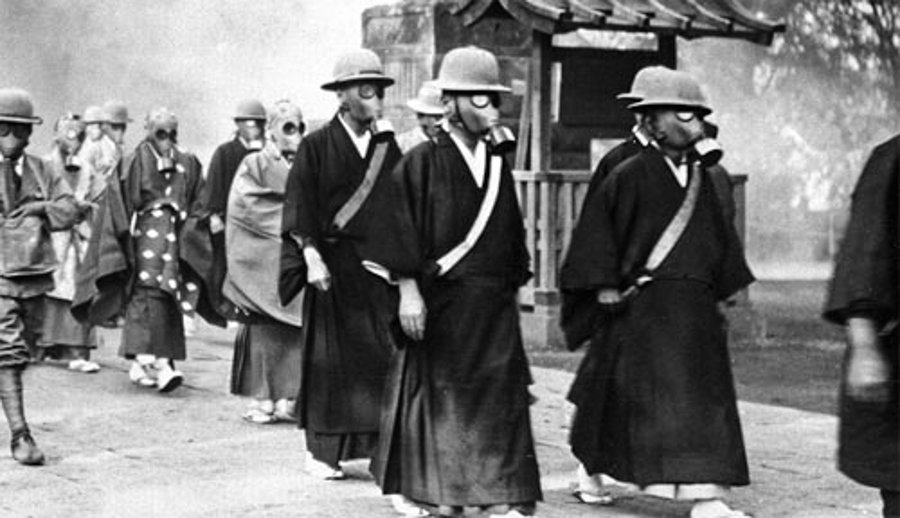 At that time there were 3,600 residents of Miyakejima who continued to live on the island despite flowing lava, toxic air, and constant earthquakes. Three months later the Tokyo government forcibly evacuated Miyakejima and the experiment was ended. Then something truly bizarre happened.

The current population of 2,400 actually returned to the island of their own accord and for their own reasons. They had become so acclimatized to living in ash and toxic smog that the real world had become an alien universe.

Although Miyake-jima and Miyake Village fall solidly under Tokyo’s prefecture, the culture and civilization of those living in the ash is drastically different from the Japanese as a whole. In 1951 U.S. serviceman Jack Moyer took an interest in Miyakejima and the surrounding islands while serving in the Korean War. Following the war he took up residence on the island to study the Japanese Murrelet, a rare seabird which populates the surrounding islands. 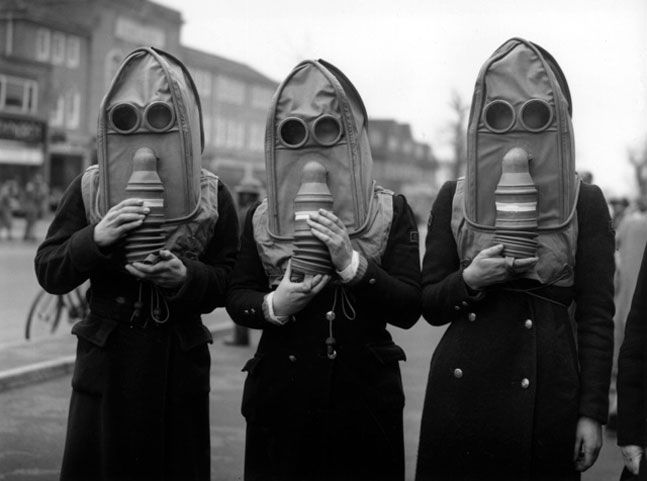 More than just an enlisted soldier, Jack Moyer was an ornithologist, marine biologist and naturalist. He took to the people of Miyake Village noting that they were a culture unlike any he had met. During his time on the island he founded a school, fought for the natural sovereignty of the lands, and was awarded the Asahi Shimbun prize for his work on ocean ecology and the education of young children. To this day foreigners are greeted by the locals with the query: “Jack friend?”

Unfortunately Jack’s story does not have a happy ending. In 2000 he was forced to flee the island with the other residents. When asked by the Japanese government if he intended to return home after the evacuation Moyer stated: “What’s the point of going back to the United States? I am a Miyake man. The islanders are my people,”

However, unlike 2,400 of the others he was unable to return to Miyakejima and instead purchased a home in Tokyo. Four years later he would be found dead, having committed suicide in his Tokyo home.

Without actually traveling to Miyakejima it’s impossible to know the culture or to see what Jack Moyer saw that drew him so strongly to it. He lived on those islands for almost fifty years before being forced to take up residence in Tokyo, and so the question is: what did the rest of the world look like to him in those four years leading up to his suicide?