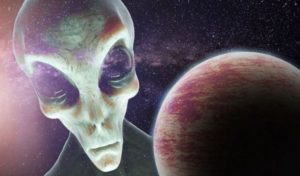 Extraterrestrial life might be out there as organisms have been discovered that survive in hydrogen. Researchers say that gas creates an atmosphere that traps heat and dramatically increases the number of potentially habitable planets.

And that involves the rocky “super Earths” previously rejected as being too far away from their suns to be warm enough to support life forms.

Professor Sara Seager, who has made it her goal to discover extraterrestrial life, says that we are close to a breakthrough.

“Life could thrive in a much broader variety of environments than is usually considered. Rocky exoplanets more massive than Earth can retain a significant amount of hydrogen in their atmosphere”, the award-winning astrophysicist said:

“Hydrogen atmospheres are likely to be more extended than Earth-like ones – making them easier to detect. But it is still unclear if oxygen is an absolute requirement. We should expand the types of planets we consider worth searching.”

The conclusion as laboratory tests on substances, including yeast, showed that they lived and grew after being exposed to 100% hydrogen.

The revolutionary results, published in Nature Astronomy, reveal that worlds ten times more distant from the star than Earth are capable of harboring life.

And over millions of years, microbes may be developed into more complex multi-cell life.

The study also demonstrates laboratory experiments to help classify which kinds of alien worlds could have any type of life that could be detected.

Prof. Seager says that life outside Earth is “inevitable” and predicts that we will discover evidence of it in the next 15 years.

“We stand on a great threshold in the human history of space exploration”, she added.