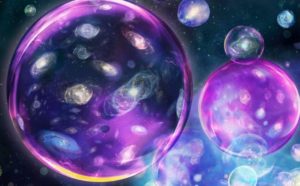 In recent years, astronomers have used telescopes like the Hubble to understand how fast our universe is expanding.

The Hubble Space Telescope has reached a new milestone in its work to figure out how fast the universe is expanding, and it supports the idea that something mysterious is happening in our universe, NASA said.

But as these measures became more accurate, they also showed something strange. There is a key difference between the expansion rate of the universe around us compared to observations immediately after the Big Bang, reports independent.co.uk.

Scientists cannot explain this discrepancy. But this suggests that “something unexplainable” is going on in our universe.

For the last 30 years, Hubble has been gathering information on a set of “milepost markers” in space and time that can be used to track the expansion rate of the universe as they move away from us. It has now calibrated more than 40 of the markers, Nasa announced, allowing for even more precision than before.

“You are getting the most precise measure of the expansion rate for the universe from the gold standard of telescopes and cosmic mile markers,” said Nobel Laureate Adam Riess of the Space Telescope Science Institute (STScI) and the Johns Hopkins University in Baltimore, Maryland, in a statement.

When the space telescope started gathering information about the universe’s expansion, however, it turned out to be more quick than models had predicted. Astronomers predict that it should be about 67.5 kilometers per second per megaparsec, give or take 0.5 – but observations show it is around 73.

The probability that astronomers are wrong is only one chance in a million.

This shows that the evolution and expansion of the Universe is more complicated than we thought, and that there is still much to be learned about how the Universe itself changes… Or maybe someone is changing it?