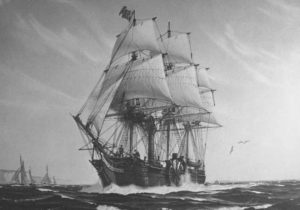 No one knows where the location of the actual continent of Atlantis. The mysterious continent which was mentioned by Plato was submerged by the earthquake and is currently believed to be in the seabed.

However, in 1882, a merchant ship named the SS Jesmond find an island that seemed to have just emerged from the sea. The island is believed to be the remains of the civilization of Atlantis because of artifacts found on it.

On March 1, the 1,465-ton steam schooner was on a routine transatlantic voyage bound from France to New Orleans with a cargo of dried fruit, when David Amory Robson, Captain of the S.S. Jesmond observed “the singular appearance of the sea” some 200 miles southwest of Madeira.

Great billows of mud clouded the water, together with a vast carpet of dead fish numbering an estimated .5 million tons spread over 7,500 square miles.

The following morning, the Jesmond, still on course, was confronted by an unknown island that gave every indication of having just risen from the sea. It was large, about 30 miles across from north to south, and mountainous, with a smoldering volcano.

At the same moment, a slight submarine volcanic eruption was reported by monitoring stations in the Azores and Canaries. It was noted that the ocean had become unusually muddy and that the vessel was passing through enourmous shoals of dead fish, as if some sudden disease or underwater explosion had killed them by the millions. 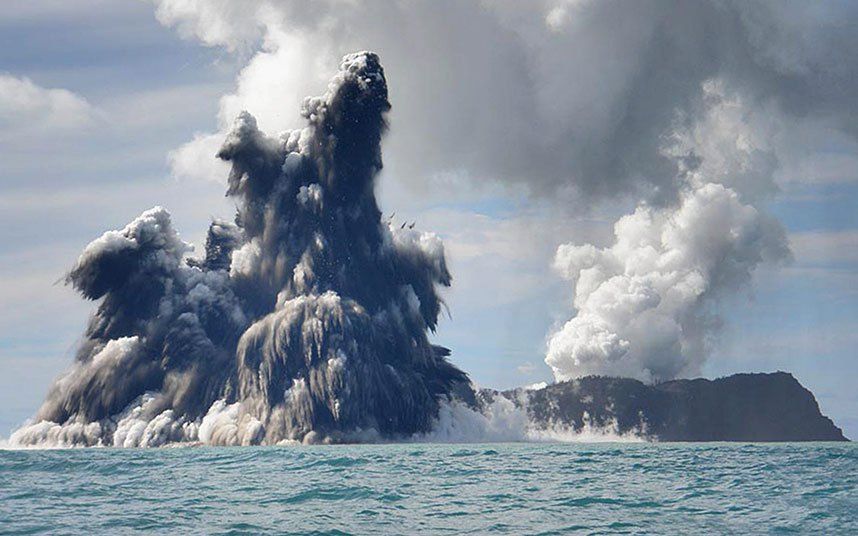 One might speculate that these hordes of fish did not immediately rot, since they had been “pre-cooked” by the volcanic heat generated by the rising of the island from the ocean floor. Just before the encountering the fish banks, Captain Robson noticed smoke on the horizon which he presumed came from another ship.

Then Captain Robson led a small landing party to investigate the new island. Black basalt predominated, and a fine ooze, with millions of dead fish, seemed to cover everything.

The place was utterly barren and cut by numerous fissures, from which steam rose constantly. By accident, one of the sailors found a flint arrowhead. Excited by this discovery, the men began randomly digging. Almost at once, they shoveled up many more arrowheads, together with a few
small knives.

Robson returned on March 3 with ship’s tools and 15 volunteers. Before nightfall, they unearthed the stone statue of a woman; it was a bas-relief sculpted into one side of an oblong rock and slightly larger than life-size, heavily encrusted with marine growth. Further inland, the men came upon two walls of unmortared stone.

Nearby, they excavated a sword made of some unfamiliar yellow metal, followed by a number of spear-heads, axe-heads, and metal rings. Finally came pottery figures of birds and other animals, plus two large flat-bottom jars containing bone fragments and a virtually intact human skull. With weather deteriorating, Captain Robson brought the finds aboard his vessel, marked the island’s position (31° 25′ N, 28° 40′ W), then hoisted anchor. He arrived in New Orleans at noon, March 31.

The Jesmond’s encounter was described first in a front page story of a local periodical, then quickly syndicated to more than a dozen newspapers across the country.

A reporter for the New Orleans’ Times-Picayune wrote that the artifacts, which he personally handled, did not impress him as fakes, and he wrote that the Captain offered to “show the collection to any gentleman who is interested.” On May 19, Robson returned to London—without his finds, the whereabouts of which have not been known since. 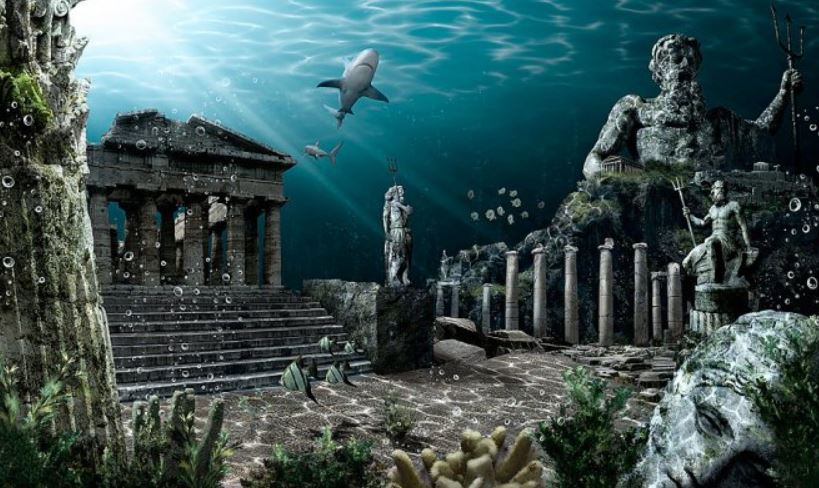 Lawrence D. Hill, whose investigation of the Jesmond incident is the most thorough, concluded that the sword and other metal objects were tumbaga, an alloy 80 percent gold and 20 percent copper, which is as much as saying it was orichalcum; this is a term Plato uses to define an alloy technique metalsmiths used in Atlantis, when they combined rich copper with gold.

Robson, writes Hill, had the artifacts melted down and split the resultant gold with his crew. The ship’s log was discarded by the British Board of Trade in keeping with its policy of destroying such documents after seven years.

The episode was not a hoax, because the mysterious island was sighted at the same location by James Newdick, captain of another steamer, the Westbourne. Captain Newdick sailing from Marseilles to New York during the same period, reported on arrival in New York having sighted the island at 25º 30′ N, 24º W. Moreover, as mentioned previously, an undersea seismic event was simultaneously recorded in the Azore and Canary Islands.

The miles of dead fish, fanning out from the area first reported by Robson, were also commented upon by a number of other ship captains and appeared in a variety of newpapers, including the “New York Times”.

One captain suggested that the kill could be explained by the wreck of a fishing vessel, however unlikely this explanation might be. Crew members of various vessels that passed through the floating fish identified them as tilefish, cod, red snapper, shad and many others. Some adventurous souls among the sailors sampled a number of the fish and suffered no ill effects. They stated that the fish were “hard and proved excellent food.”

Since Captain Robson’s brief viewing of allegedly Atlantean walls, recognizable features of buildings, walls and roads have been reported with increasing frequency from various parts of the Atlantic.

They have often been observed by pilots, who have overflown them in their scheduled flights and have not had permission to depart from their flight plans to investigate further by circling, in order to photograph chance sightings that, in any case, may have been illusory.

During WWII, several pilots on military flights between Brazil and Senegal, formerly French West Africa, said they saw what looked like clusters of buildings or “cities” under the ocean surface, near the St. Peter and St. Paul Rocks (1º N, 30º West). Other pilots and observers flying the same route, have reported seeing what appeared to be underwater stone walls and ruins at approxmiately 6º N, 20º W, near the Sierra Leone Rise.

So, there are some aspects of the testimony that Captain Robson could be confirmed.

Regarding the emergence of an island from the sea, it was not something strange. Geological event of this kind has been observed several times in fact. For example, not long ago, an island suddenly appeared out of the sea off the coast of Pakistan. The local fishermen reported the incident on 26 November 2010.

According to NASA, this is a normal sort of island appear and then quickly disappear because the waves swallowed.

Thus, the testimony of Captain Robson about his encounter with the island that emerged from the sea is also not impossible. However, is it true that he had found the remains of human civilization in it? This problem can not be confirmed by evidence other than the testimony of Robson and the journalist who interviewed him.

If Atlantis really existed and not just written by Plato, the most likely location is the place where the SS Jesmond see the mysterious island. According to Plato, Atlantis was located opposite the Pillars of Hercules which is an archaic term for the Strait of Gibraltar.

If the island is seen Robson is part of the civilization of Atlantis, maybe one day he re-appeared and answered all our doubts?