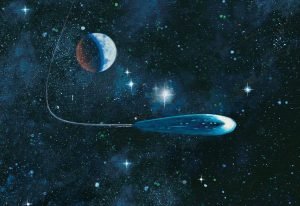 We talk and hear a lot about the secrets of the deep sea, about the monsters that hide there, but we forget that we ourselves live at the bottom of a vast and little-studied ocean. It’s called “atmosphere”.

It seems that this world is simple and understandable – after all, it is always above our heads. And the only danger that threatens us is sudden precipitation.

However, we are wrong. The air ocean above us is as mysterious as any other – the Atlantic, the Pacific or the Indian.

“Our world is very weakly protected from the strange and sudden danger that threatens it. There are also jungles in the upper atmosphere, and they are inhabited by creatures worse than tigers.”

This hypothesis is expressed in a fantastic story by the famous English writer Arthur Conan Doyle under the characteristic title “The Horror of the Heights”, first published in 1913.

The hero of the story, pilot Joyce-Armstrong, was attacked and torn to pieces by monsters living in the upper layers of the atmosphere. T

Conan Doyle imagined these monsters to be made of a gelatinous substance. They had two eyes and a beak, and were kept in the air with the help of dorsal bubbles filled with light gas.

The writer also gives data on the size of the heavenly monsters: each of them was an area of ​​​​several hundred square feet. It would seem an ordinary fiction, but some strange catastrophes make one wonder: is there a certain amount of scientific foresight in the fantasies of Conan Doyle?

In 1939, a military transport aircraft took off from the San Diego airfield, making a regular flight to the Hawaiian Islands.

Three hours after takeoff, radio operators received distress signals from him. Then the transmitter went silent. But soon, from the San Diego control tower, they saw the ill-fated plane, which was returning to the airfield.

He barely made it to the runway and landed on the bottom without releasing the landing gear. When rescuers arrived at the emergency landing site, they saw a terrible picture. Although the cockpit itself remained unscathed, everything inside was covered in blood. The pilot and flight engineer lay dead.

The lacerations on their bodies looked like the aviators had been attacked by sharks. The co-pilot, who brought the plane to the airfield, was dying from blood loss. He died without saying a word.

Upon closer inspection, it was found that the cabin floor is littered with spent cartridges. Not a single cartridge remained in the pistols of the dead. There was a heavy smell of hydrogen sulfide in the plane.

A quarter of a century later, two pilots took off in a small private jet from Nome, Alaska. A few hours later, the voice of one of them sounded on the air: “Help! Help! We are surrounded by blinding light! Both motors have failed! This creature …” Then the connection was suddenly interrupted. No explanation could be found for what happened. The aircraft disappeared without a trace.

On September 8, 1970, an F-94 military aircraft disappeared in the night sky over Binbrook (England). Shortly before his disappearance, the radar operator received a very strange message from the pilot, Captain Scheffner:

“I have visual contact … It’s something vague, without clear outlines. It’s a bluish light. Damn, what a brightness! Very bright … I’m right next to him. This cone… Hey, wait, there’s something else here!

“It looks like a big soccer ball made of glass… Maybe there’s a magnetic relationship between it and the cone. There’s a glowing haze. Yellow. One second… It turns. It’s heading straight for me… taking a maneuver to deviate… I can firmly…”

The connection was cut off. Only two months later, Scheffner’s plane was found at the bottom of the North Sea. It looked undamaged, as if someone had carefully lowered it underwater.

The history of aviation accidents knows many cases of how aircraft collapsed and fell for no apparent reason. Some of these accidents were explained as the result of inept (and sometimes simply criminal) actions of the crew, but over the years and years information has accumulated about completely mysterious disasters.

A lot of such events occurred during the Second World War. For the first time in the history of mankind, tens of thousands of aircraft of various designs and purposes took off into the air. Unexplained cases have also become more frequent. It got to the point that in the folklore of pilots there appeared small evil men – gremlins, destroying aircraft engines.

However, no one managed to see the gremlins in reality. But here the Italian researcher Luciano Boccone claims that he managed to photograph creatures invisible under normal lighting that simply overwhelm the space around us. Boccone dubbed them “critters”, which means “creatures”.

Specialists in anomalous phenomena disagree on the nature of “critters”. Some believe that these are special “ethereal life forms”, others tend to see monsters as the embodiment of people’s nightmares, and someone defends the idea of ​​parallel worlds, whose inhabitants become visible to us under certain conditions.

Whatever it was, but “quitters” are directly related to the issue we are discussing. Some researchers suggest, that these are obviously living creatures moving in space without the help of mechanical devices.

They are not perceived by our senses and, apparently, are very dangerous if the combination of some circumstances unknown to us leads to a direct collision of man and monster.

Unidentified flying objects (UFOs) do not look like living beings. Our imagination tells us that these are, most likely, some kind of aircraft – the creation of the hands of intelligent beings. However, imagination is not the best tool for analyzing facts. The latter, in turn, say that UFOs often behave like living beings, and not like objects of artificial origin.

For example, UFOs can leave behind a strange kind of discharge called “angel hair”. This is a kind of gelatinous cobweb-like substance that falls to the ground after the passage of the “plate”. 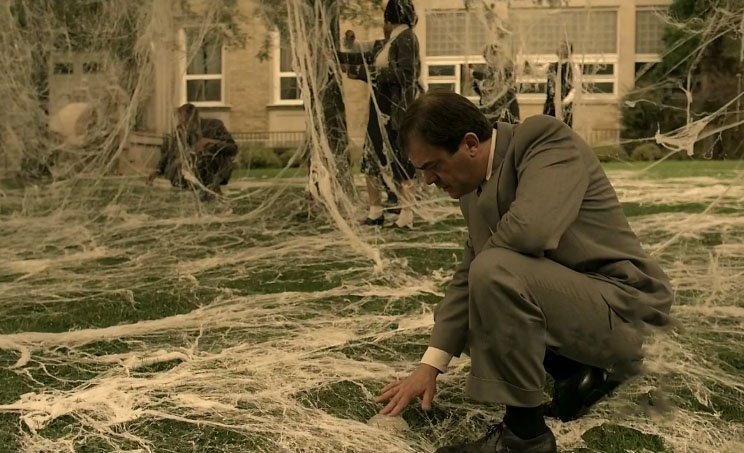 According to the data given in the book of the famous ufologist and popularizer of science Siegel “Observations of UFOs in the Soviet Union”, “angel hair” sometimes covers the earth with a fairly dense layer, but disappears without a trace after a few hours. When touched with hands, they turn into lumps of radioactive mucus with a distinct smell of hydrogen sulfide.

Academician Petryanov-Sokolov, director of the Institute of Physical Chemistry, once gave the following conclusion on samples of “angel hair”: “The sample is of interest as a very fine-fibrous substance and has no analogues in terrestrial nature.”If you are reading this, it means that this content has been stolen from zenonas.sg-host.com – and those who copied the text did not notice this. But our lawyers will do it.

Another case of laboratory analysis of this phenomenon is known. On October 27, 1954, during a training session of the Fiorentina football club at the stadium in Florence, several oval luminous bodies appeared above the city, making zigzag maneuvers.

When they disappeared, a strange snow began to fall on the ground, resembling disheveled shiny cotton wool. People tried to catch the threads with their hands, but they instantly melted.

One of the fans present at the stadium guessed to wind the threads on a stick, after which he placed them in a jar and took them to the chemical laboratory of his university. It turned out that “angel hair” consists of a strange combination of boron, silicon, calcium and magnesium.

In addition to the ability to leave secretions, UFOs have a number of other features that indicate their biological nature. One of the most unusual properties of UFOs was their strange transformations. They are expressed in changes in shape and size or in division into parts with the subsequent flight of each part separately (reproduction by division?), and sometimes, on the contrary, with the combination of several objects into one.

There are many cases when, in front of eyewitnesses, UFOs seemed to be divided into two or more parts, which then scattered in different directions. In September 1980, 200 miles southwest of Gibraltar, members of the crew of the research vessel Viktor Bugaev observed a white cigar-shaped object hovering over the stern with a black stripe, from which two yellow beams emanated.

Before the eyes of eyewitnesses, this object was divided into two parts, one flew to the northeast, and the other to the northwest. The entire observation lasted 4 minutes and was recorded in the logbook.

In November 1968, in the French Alps, Dr. X. saw two completely identical disks with a diameter of about 65 meters and a height of 16 meters, which approached the house at a low altitude. Their upper parts were silvery white, while the lower parts were red.

The disks rotated around their vertical axes and flashed every second. Then they began to reduce the distance between themselves, until, finally, they merged into one disk. He flew up to the house and stood on edge, directing a beam of light at Dr. X.. Immediately there was an explosion, and the UFO disappeared.

In February 1974, in Valeni Munte (Romania), ten pupils of an orphanage observed how two motionless luminous orange spheres hung slowly approached each other and merged into one ellipsoidal object with a diameter of about 7 meters, which increased its speed and disappeared.

And here are the observations of experts. In July 1977, in Baku, astronomer Tikhonov noticed through a telescope a yellow-green object moving at a high altitude, which, having made two stops, split into two halves. After a few seconds, one of these halves also split into two parts, with each division accompanied by an explosion.

Soon one of the small units joined the whole half, and then withdrew to its former position. Then all three parts approached without connecting, and after a while they parted again and disappeared from sight.

Ufologists fail to find a suitable explanation for such transformations. This is understandable, because they believe that UFOs are an artificial object, and in terrestrial technology there are no analogies to the effects that flying saucers show us.

However, it is worth imagining that UFOs have a living nature, as much becomes clear. We can observe all these metamorphoses through a microscope mounted over a Petri dish, where a colony of the most ordinary bacteria lives and develops.

So, it can be assumed that people who observed unidentified flying objects became witnesses of the manifestations of the vital activity of some, yet unknown to science, animals living in the upper atmosphere. And, at least, this hypothesis is no worse than the one according to which UFOs are ships of alien aliens.

Mysterious Cryptids in Kentucky: What Can You Encounter There?