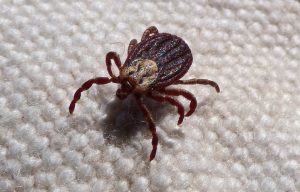 Congress requested the Pentagon to disclose whether or not it is accountable for Lyme disease spreading, reports Gizmodo.

According to sources, the U.S. House of Representatives voted on July 11 to support an amendment to the 2020 defense authorization bill requiring the Department of justice to research the use of armed ticks in the 1950s, 1960s and 1970s.

The amendment, which Rep. Christopher Smith wrote, specifically calls for the inspector general “shall conduct a review of whether the Department of Defense experimented with ticks and other insects regarding use as a biological weapon between the years of 1950 and 1975.”

Congress asked to be informed of any such studies and “whether any ticks or insects used in such experiments were released outside of any laboratory by accident or experiment design.”

The move follows years of speculation as to whether or not Department of Defense scientists at multiple centres had experimented with the use of diseased ticks as biological weapons.

Some assume the continuing spread of Lyme disease is responsible for such ticks.

“We need answers and we need them now,” Smith said.