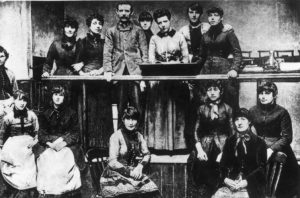 Early in the 19th century, it was discovered that adding yellow (now called white) phosphorous to matchstick heads made them easier to ignite. The demand for the new ‘strike-anywhere’ matches was enormous, creating a profitable international industry and white phosphorus became the active ingredient of most matches from the 1840s to the 1910s.

Concern over phossy jaw contributed to the London matchgirls strike of 1888, and although this strike did not end the use of white phosphorus, William Booth and The Salvation Army opened a match-making factory in 1891 which used the much safer, though more expensive, red phosphorus.

The Salvation Army also campaigned with local retailers to get them to sell only red phosphorus matches. However, it was not until the use of white phosphorus was prohibited by the international Berne Convention in 1906, and were implemented in national laws over the next few years, that industrial use ceased.

The first case of phossy jaw was diagnosed by physician Lorinsor of Vienna in 1839. The patient was a female Viennese matchstick maker who had been exposed to the phosphorus vapours over a five-year period.

By 1858 detailed medical reports were coming out detailing the effects of Phosphorus necrosis (phossy jaw) upon those afflicted with it. Those affected would usually begin suffering painful toothaches and swelling of the gums, with the pain quickly spreading to the teeth and jawbone.

Over time, pus formations penetrated the oral mucosa with the effect of causing of fistulas, teeth loss, and recurrent abscesses, which in time led to dead bone separating from living bone after around 3 months and necrosis of the jaw within 6 months.

Surgical removal of the affected jaw bones could save the patient, but otherwise, death from organ failure would follow. The disease was extremely painful and disfiguring to the patient, with dying bone tissue rotting away accompanied by a foul-smelling discharge. 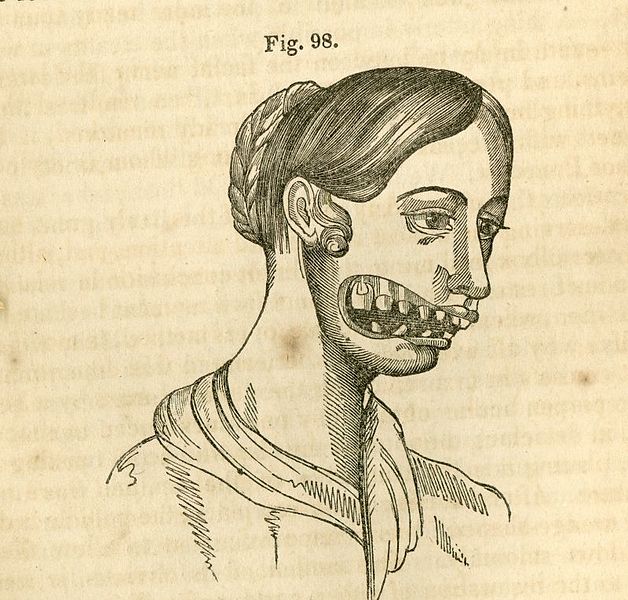 However, removal of the jaw bone had serious effects on patients’ ability to eat, leading to further health concerns including malnutrition.

In 1852, Charles Dickens wrote in his weekly periodical Household Words reported three phosphorus necrosis cases including that of a 21 year old match worker, about whom he wrote, “He has now no teeth in his lower jaw, of which a great part is destroyed.”

The disease could have been prevented by using the safer but more expensive red phosphorous and following good occupational hygiene. European countries started to ban the use of white phosphorous from 1872, but there wasn’t a total ban until 1910.