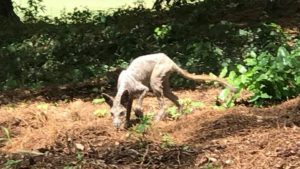 The last time reports of attacks on livestock of a strange predator, who are interested only in the blood of animals, and not their meat, came from Paraguay and Ukraine.

Earlier, similar cases were noted all over the world, in India, the USA, New Zealand, and Mexico. Ufologists usually blame mysterious monster-bloodsucker Chupacabra, and officials blame stray dogs, wolves and other local predators.

However, as a rule, neither wolves nor dogs behave in the same way when attacking goats or sheep.

A new message about the attack came from the country of Namibia (southwest Africa). According to the local press, in the Oshikoto area in 30 villages of Amutei and Uukvanambva 30 goats were killed by different owners, and the meat of the animals remained intact, but all the blood from the carcasses was drained by someone.

Of the wounds on the body of goats there were only gnawed knees and a wound on the face. The rest of the meat is not touched, but they drank blood.

The first attack occurred on the night of January 10, 2019 and then 18 goats were killed. The second attack happened a week later and several more goats were killed in the same way, but some were bitten and survived. Without a doubt, in both cases the same predator worked. 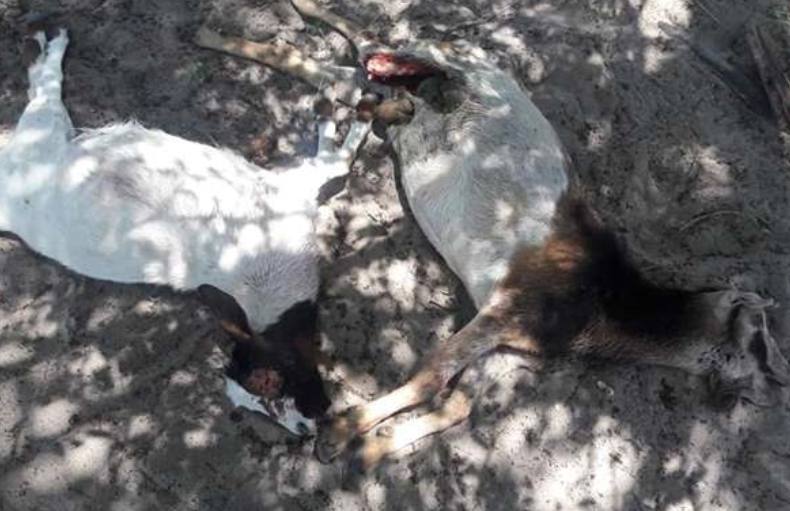 Locals are well aware of the habits of local predators, but they also have no idea who could have done this. Moreover, it is reported that since 2000 there have been at least a few such cases in this area.

There was a problem even with the way of killing goats. It was found that 12 goats got bites in the face, and they were so strong that their jaws were broken. But the rest of the goats have bitten their knees.

“I had 2 goats killed, and ten more remained alive, but they had punctures on their necks through which the drool flowed,” says the injured Olga Kamati, “We were told that these goats could no longer be eaten and they would have to be kill and burn the meat. What killed them also tried to attack the neighbor’s dog, and someone else said that they were creatures that looked like black dogs. ”

According to the local administration, they do not know which of the predators could have done this.

“From a scientific point of view and according to the nature of the attack on these goats, we cannot find anything like it in the living nature that we know. We leave room for research,” says Rihabim Erkie, deputy director for the northern and central lands.