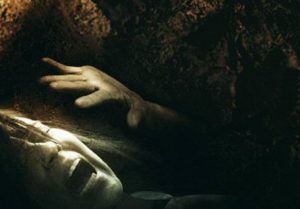 The fear or phobia of being buried alive is widely considered an abnormal psychopathological condition, but this would suggest that it is irrational when in fact it is not. Despite all of our advances in modern medicine there are still those “survivors”, which slip through the cracks and find themselves six feet under, sealed in a coffin, and gasping for air. Introducing the very rational fear of being buried alive: taphophobia…

In 1905, British businessman, author, and wide-ranging social reformer William Tebb compiled a lexicon of people that had been buried alive in the previous century. He was able to prove 219 cases of people who were nearly buried alive and 149 people who actually were. Tebb didn’t stop there though, he dove straight into the truly terrifying and listed 10 cases of a person being dissected alive and worse yet another 2 cases of people awakening while being embalmed.

Amongst these cases are some spine chilling tales. One such tale tells of a young woman admitted to the hospital for what was suspected to be yellow fever in 1901. Her death was recorded only days later and she was buried in the hospital cemetery.

When a nurse reported unusual findings in her care the body was exhumed. What they found was not one person, but two. The young lady had died in the coffin of asphyxiation and beside her she cradled her newborn daughter who had been born and died alongside her in the coffin.

If accidental cases such as those weren’t eerie enough there were many where victims had been intentionally buried alive as a finishing stroke in a plot such as the story of seventeen year old Mary Norah Best.

In 1871 Mary was pronounced dead from cholera by the family’s close friend and doctor who it would later be discovered had much to gain from her passing. Her body was entombed in the family vault on the orders of the family doctor, but ten years later the tomb was reopened to admit the body of her recently deceased brother. Upon the opening of the vault they found Mary’s body half out of her coffin, the bones of her fingertips carved away from the struggle to escape it, and her head smashed against the stone floor from the fall that followed.

During World War II burying people alive seems to have become a fad for the more ruthless killing of captives. Japanese soldiers during the Nanking Massacre of 1937 are estimated to have intentionally buried over 100,000 people alive as a method of mass execution. In the Ukraine and Belarus the Nazis also employed this method. Lacking the facilities of Auschwitz and other camps it was simply more convenient to bury their captive Jews alive than to kill and dispose of them.

But these are all historical cases, couldn’t happen today, right? In 2007 a British soldier fighting in Afghanistan was pronounced dead after a roadside bomb went off killing most of his troop. Luckily this was a near live burial.

As his body was being prepared for transport, meaning put into a body bag, a member of the medical team noticed movement. The soldier was found to be in a coma and was immediately rushed to Birmingham UK for treatment. Most cases of modern false deaths and impending burials are of this sort wherein the victim is found to be alive by some random observation or in many cases simple luck, and of these there are dozens of cases.

Being buried alive whether by accident, intentional, execution, or even under the weight of a natural disaster has become much less of a possibility in the modern era, but it has not vanished all together. The fear of it as spoken in the final words of Polish composer and virtuoso pianist Frédéric Chopin, “The earth is suffocating. … Swear to make them cut me open, so that I won’t be buried alive.” is very real. So if you do awake to find yourself six feet under, buried alive in a wooden box just remember… you are not alone.

Is Earth A Prison Planet And The Moon A Station For Guardians?