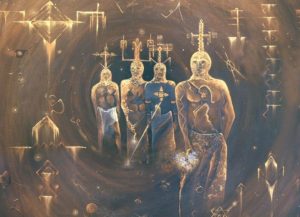 In The Genesis Race: Our Extraterrestrial DNA and the Origin of Species, Will Hart presents new evidence of extraterrestrial intervention in the history of man.

Why, he asks, did great civilizations spring up all over the globe around 3000 BC, all bearing similar creation myths about gods descending from the sky, making men in their own image and teaching them the skills of agriculture, civilization and pyramid construction?

Hart’s suggestion is that these ”gods” were extraterrestrial visitors who genetically engineered modern humanity.

Evidence of such intervention has recently been uncovered by scientific research that suggests psycho-kinetic extraterrestrial healing powers encoded in the human DNA.

These powers are part of man’s genetic memories of ancient origins, most evident in Native Shamanic Traditions.

Three examples are the Dogons, Zulu Tribes and the Star Nations Conference.

Believed to be descendants of Ancient Egyptians, the Dogons of Mali have been proficient astronomers since 3200 BC. Their knowledge of Star Sirius A was amazingly accurate given the fact that astronomers had only been able to validate its existence in 1862.

The Dogons were also familiar with Saturn’s rings and the 4 moons of Jupiter. They claimed that they received this knowledge from their teachers, the Nommos, amphibious beings sent to Earth from Sirius.

As such, the Nommos are in keeping with the Snake Man in ancient myths, often seen as evidence of alien intervention.

According to Mutwa, in every language in Africa, the meaning of star is “Bringer of Knowledge or Enlightenment.” These star beings have been in contact with African shamans for 40,000 years.

An example is the story of old and ailing African Chieftain Queen Numbi who witnessed a burning white light falling from the sky. On approaching it, she was swallowed by the light.

Her people, who gathered behind her, saw her conversing with strange beings with very large heads. When Queen Numbi emerged from the ball of light, she was rejuvenated into a much younger woman. 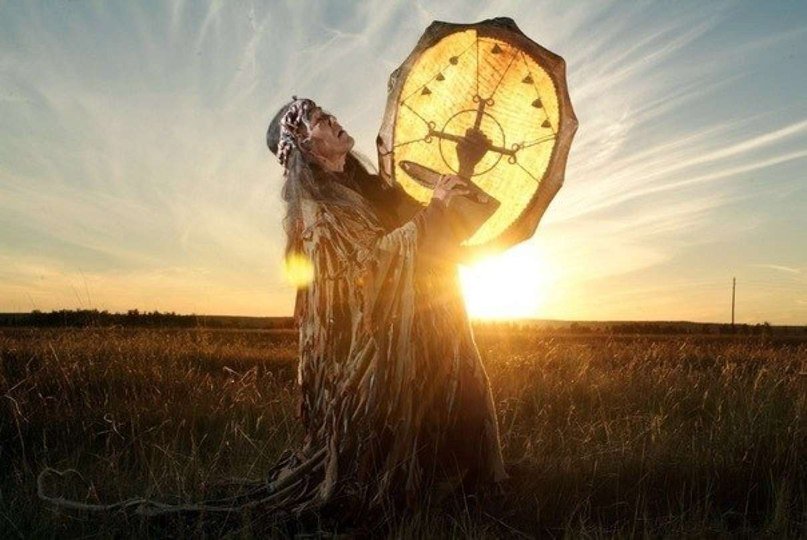 In 1996, Shamans from the Star Nations – the Plains, Eastern and Southwest Tribes – all gathered at the Yankton Sioux Reservation in South Dakota to share their experiences of extraterrestrial encounters with an international audience that included Harvard professor John Mack MD, CSETI assistant director Martin Keller, ET research psychologist Richard Boyland PhD and several other prominent scholars.

The purpose was to share the spiritual knowledge of the Star Nations which included not only a history of extraterrestrial contact, but also a system of mental, spiritual and universal laws that Native Elders felt were crucial for delivery before a world on the brink of monetary, environmental and spiritual collapse.

Jesus, Buddha, Mohamed and the White Buffalo Woman were all Star People who came to earth to remind man of his origins.

Believing firmly that the time of prophecy was at hand, indigenous Native tribes have made such sharing a seminal part of their tradition.