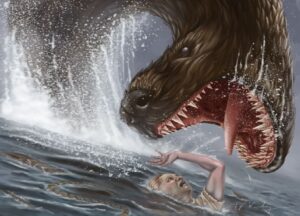 Dobhar-chu also known as Doyarchu or Dobhar-choe (Dobharchú) is a large other like animal of Ireland that may be responsible for some sightings of Freshwater Monsters. The word is said to have connoted a mythical “king otter.”

The Irish word ‘madra usice’ (water hound) is more commonly used for the European otter. It also has various names such as Anchu, Dhuraghoo, Dorraghow. The creature physical appearance is like an otter but said to be about five times as large with white pelt, black ear tips and black cross on its back.

Its behavior is aggressive and dangerous. When Doyarchu is in danger it can call other water hound with a whistling sound. It also can break a rock with its snout. Doyarchu appears both in folklore and in various first-person accounts from the earlier centuries. Even though no longer reported, this creature was once considered a real and dangerous inhabitant of the Irish landscape. 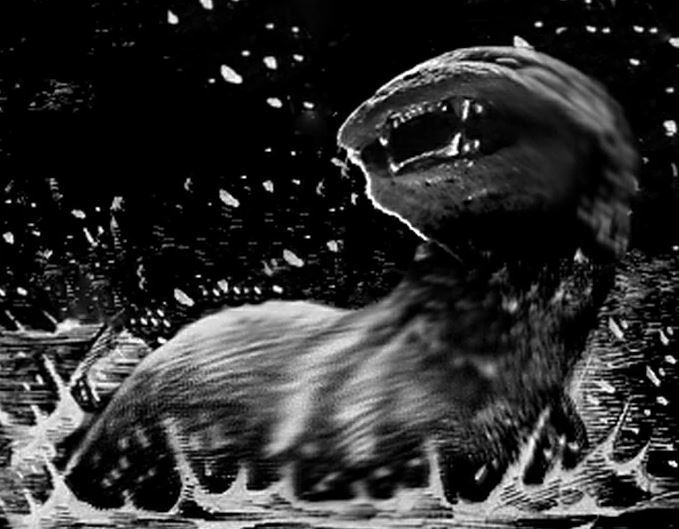 In 1684, a book entitled ‘A Description of West or H-Lar Connaught’ was published. It tells the frightening story of Roderick O’Flaherty that happened at a lake in the west of Ireland called the Lough Mask:

“There is one rarity more, which we may term the Irish crocodile, where of, as yet living, about ten years ago had sad experience.

The man was passing the shore just by the waterside, and spied far off the head of a beast swimming, which he took to be an otter, and took no more notice of it, but the beast it seems lifted up his head, to discern whereabouts the man was; then diving swam under the water till he struck ground; whereupon he run out of the water suddenly and took the man by the elbow whereby the man stooped down, and the beast fastened his teeth in his pate [head], and dragged him into the water; where[upon] the man took hold of a stone by chance in his way, and calling to mind he had a knife in his jacket, took it out and gave it a thrust of it to the beast, which thereupon got away from him into the lake.

The water about them was all bloody, whether from the beast’s blood, or his own, or from both he knows not. It was the pitch of an ordinary greyhound, of a black slimey skin, without hair as he imagines.

Old men acquainted with the lake do tell there is such a beast in it, and that a stout fellow with a wolf dog along with him met the like there once, which after a long struggling went away in spite of the man and his dog, and was a long time after found rotten in a rocky cave of the lake where the waters decreased. The like they say is seen in other lakes in Ireland; they call it Doyarchu, i.e.water-dog, or anchu which is the same.”

Doyarchu also appeared in the poem “The Old House,” within a 1950’s anthology, “Further Poems”, by Leitrim poetess Katherine A. Fox. The lines read:

It described the incidents which occurring two centuries ago, features a man called McGloughlan who lived with his wife Grace Connoly near to the shore of Glenade Lake, County Leitrim.

The evidence of Doyarchu from that poem can be found in a gravesite of Glenade, on the north side of Ben Bulben mountain, where a woman named Grace is buried. Her tombstone dated on September 24, 1722, and the interesting part, it portrays a carving of an otterlike creature being impaled by a spear. 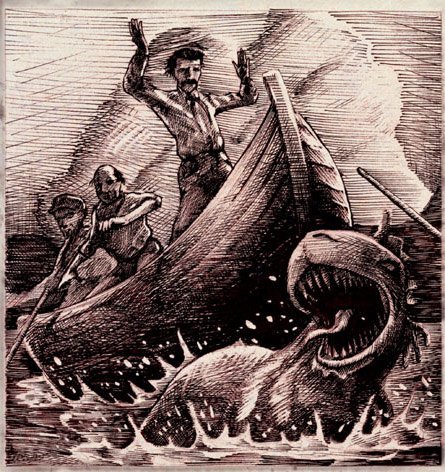 Based on local lore, she was a victim of a water hound. She lived in a village with her husband. On that day, she washed her clothes near the lake. When she did not return, her husband went out to look for her. He was horrified when he found her wife is already dead and also shocked to see a water hound sleeping atop her bloody corpse.

The man returned to the house looking for a weapon, also asked his friend to help him to deal with the creature and retrieved a knife, which he then plunged into the creature’s heart. Just before the creature died, it gave out a whistling sound that alerted the other water hound nearby.

They fled on horseback, while the creature chasing behind them. When they realized that they could not shake it, they decided to confront it. It ran under one of the horses as it made to attack the men, but one of them was able to stab it to death before it could harm them.

In May 24, 1996, other water hound sightings occurs outside Ireland in Magalia, a small town in northern California. That morning, Sheila Charles was driving her son Shane to school when an otterlike creature suddenly darted out in front of her car. Swerving to avoid it, she lost control of the car and suffered an accident, fortunately resulted in no serious injuries. 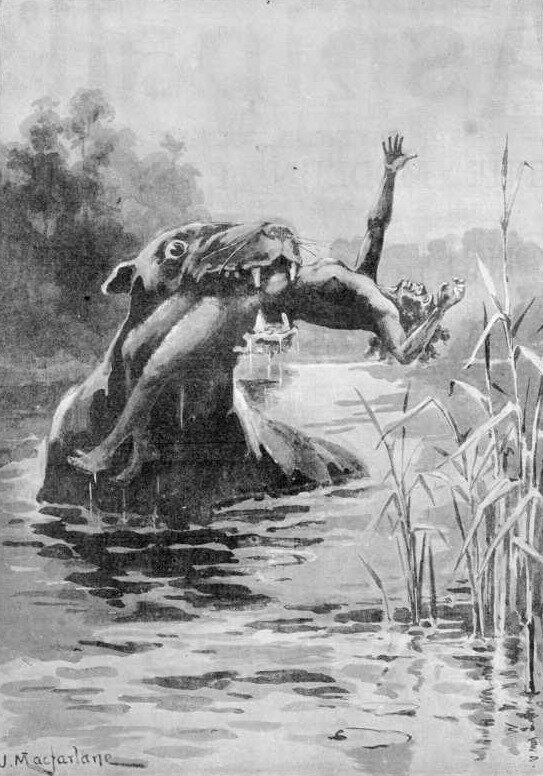 She said that the creature’s appearance 4-5 feet long, generally doglike with reptilian eyes but with a sleek serpentine head set on a slender thirty-inch neck. It was covered with shaggy black fur or hair. Its hind limbs were long, its front limbs notably shorter, and it had no tail. The driver of the car behind Charles’s also saw the creature.

Dr. Daithi o’ hOgain described in his book “Myth, Legend and Romance: An Encyclopedia of the Irish Folk Tradition” (1990) as a large male otter called the king otter with its black ear tips and a black cross upon its back, and the creature never slept. Similar with werewolf legend, this one could only be killed with a silver bullet, and the killer would die no longer than 24 hours afterwards.

It is nearly impossible to verified these accounts, because they are not purely legend. They only share a little information about the creature’s appearance, and it bore at least a resemblance to an otter. Until now the existence of Doyarchu is still shrouded in mystery.