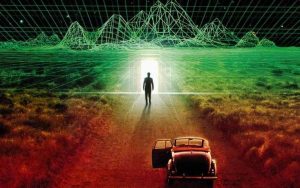 Erin Valenti, who was the executive director of IT at Tinker Ventures, was found dead in her vehicle in a residential area of Salt Lake City. Five days earlier, the police declared the woman missing, reports “Daily Mail”.

At the moment, the authorities do not comment on what happened and do not provide any data. They say that the investigation is still ongoing, so no information is yet available.

Erin Valenti had some mental disorders. At the same time, the woman did not use drugs and alcohol. Her friends say that on the day of the loss everything was as usual. Erin called up twice with her parents that day. Moreover, her second call was rather strange. The woman told them that this is not a game, and humanity lives in the Matrix.

The parents of the deceased said that their daughter had a completely normal voice, so they took what was said as an ordinary joke. But after that, Erin disappeared. She was searched by volunteers and police officers.

To date, there are many statements about what Erin said and what happened to her after that. Some speak of “man in black,” while others suspect the CIA is conducting experiments.