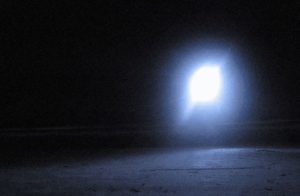 The emergence of ball lightning, according to researchers, may occur in other dimensions.

For centuries, the inhabitants of the Earth have been faced with ball lightning, but this mysterious phenomenon still remains a mystery to the entire scientific world.

According to one of the scientists’ hypotheses, the phenomenon of the occurrence of ball lightning has nothing to do with our world. No matter how hard scientists tried, so far they have not been able to reproduce them in laboratory conditions.

Ball lightning is weird. Not just in the capricious way it appears unexpectedly, and thus largely remains a mysterious phenomenon, but also in other strange aspects of its behaviour. For example:

– It can move independently of the atmosphere, such as gliding externally to an airplane traveling at many hundreds of kilometres an hour without being affected by the high level of air movement.
– It can move through windows and walls unimpeded.
– It sometimes causes no damage, and other times great damage.
– There appears to be little or no correlation between its appearance (size, colour, luminosity) and the energy it emits.

Some scientists seriously believe that ball lightnings are formed in other dimensions, from where they get into our reality. In order for lightning to get into our world, certain conditions are necessary.

For example, this can happen during a thunderstorm, when a zone of increased electromagnetic disturbances forms between the ground and the clouds.

Malaysia has closed the hospital, where people were intimidated by ghosts