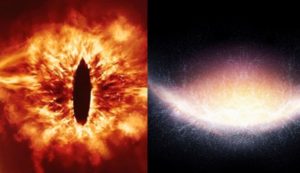 Astronomers at Australia’s ASKAP radio telescope complex have reported that they have discovered strange circles of radio emission in space.

According to their characteristics, they do not fit into any of the known types of objects. The research results have been prepared for publication in the journal Publications of the Astronomical Society of Australia and are available at arXiv.org.

In late 2019, the Australian Square Kilometer Array Pathfinder (ASKAP) radio telescope complex – one of the most sensitive in the world – detected three strange circular objects while collecting data to compile an Evolutionary Map of the Universe (EMU).

At first, scientists thought that these were artifacts caused by errors in software processing, but soon the reality of the Orcs was confirmed by other radio telescopes. Astronomers have never found anything like this before. Objects are only visible in radio waves and not detectable in X-ray, optical or infrared ranges.

Researchers from the EMU project examined the entire volume of ASKAP data and found many more radio circles. The authors estimate that there are about a thousand ORCs in the sky.

Or maybe these objects are not of natural origin at all? Other scientists put forward theories that this may be an incomprehensible communication for us between different types of aliens.

Scientists are now looking around the world for radio telescopes that could continue observing strange radio circles in order to ultimately find an answer to the question of their origin.