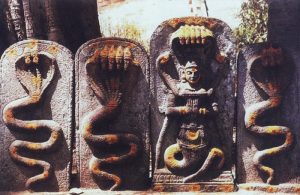 The Snake Man and his civilizing influence in several distinct cultures support the idea that early man was developed and shaped by a non-earthly source of intelligence.

The Snake Man – half man, half reptile – has a long tradition in ancient cultures. While individual portaits of the Snake Man may differ, their amphibian and reptilian characteristics have remained standard in virtually all cultures.

Most significant is their association with the emergence of literacy and the New Mammalian brain, considered the thinking or human brain.

The Snake Man in Ancient Myths of Africa

According to the mythology of the Dogon Tribe in Mali, Africa, the union of God and earth created the Nummo twins, male and female, half human and half snake.

The twins, claims Laird Scranton in The Science of the Dogon, represented the ideal coherence of spirit and matter.

They taught man how to weave from the spiraling coils of fibers. The garment thus woven was called “the First Word”(33). It was the Nummo twins as well that taught man the skills of civilization—agriculture, architecture, symbolic language.

In fact, Scranton reveals that the Dogons who lived around 3400 B.C. were familiar with 21st Century science.

Particle physics, the relationship between light and time, the uncertainty principle, genetics, cell mitosis and more have for centuries been part of the Dogon culture (190-1), a situation that alludes to the possible extraterrestrial origins of the Nummo twins.

The Snake Man in Ancient Myths of China

China’s Nummo twins were Fuxi and Nuwa a brother and sister portrayed with human torsos and serpent tails. They retreated to the Kunlun Mountain to ask for permission to be man and wife.

They received divine approval and from the pair came the human race. According to ancient myths, Fuxi was responsible for civilizing his people; he taught them cooking, writing, and fishing with nets.

He was the originator of the I Ching and the mathematical square which he derived from the shell of the celestial tortoise. 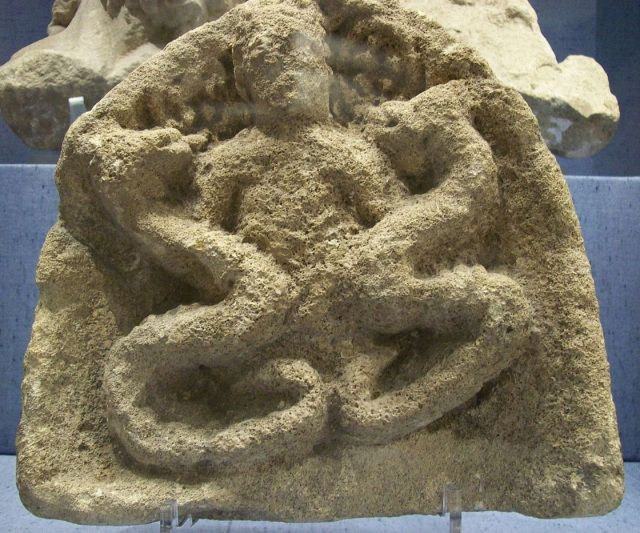 The Snake Man in Ancient Myths of Athens

Born of earth, Cecrops, whose name means “face with a tail” was half man, half serpent or fish. Founder and the first King of Athens, he ruled the city for 50 years.

During his reign, Cecrops introduced the skills of civilization—reading, writing, the census, marriage and ceremonial burial.

His sense and sensibilities can be seen in his choice of Athena as the patron of the city because she brought with her the olive tree, a source of wood, oil and food for the people.

The Snake Man in Ancient Myths of Babylon

Half man, half fish or serpent, Oannes rose from the sea. According to ancient myths, he had two heads, one human, and one fish. He had both human feet and fish tail.

Despite the monstrosity of his appearance, he spoke human language and taught the Babylonians civilizing skills — writing, arts, sciences, the establishment of laws, geometry, agriculture and the civility of manners.

The Snake and Higher Consciousness

The snake has traditionally been associated with wisdom. The repeated appearance of the snake man as a source of wisdom and higher consciousness suggests that these myths originated from a common and probably extraterrestrial source of intelligence.

According to Scranton, this source was a group of “careful, well-meaning, knowledgeable teachers” whose instruction “could account for the apparently sudden rise of Egyptian civilization from the backdrop of earlier hunter tribes”(193).

Melchizedek claims that cave drawings of the early Dogons depict a round object shaped like a flying saucer descending from the sky and landing on three legs (12).

Scientists’ Views on the UFO Phenomenon: Can We Expect the Truth?