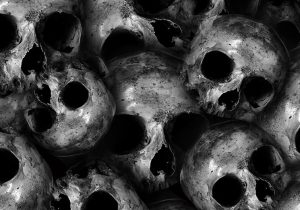 Experts at the Australian Climate Research Center claim that the world is experiencing the beginning of the sixth extinction. According to them, soon 99% of people will die.

This will happen due to depletion of drinking water and environmental pollution. Humanity, according to experts, is an extremely vulnerable biological species. Due to overpopulation, the environment becomes difficult for its survival.

Natural disasters can also become one of the reasons for the mass extinction of people, because most of them are not adapted to life in conditions of natural disasters. But many can become victims not of environmental degradation, but of biological stress associated with this.

Scientists hypothesize that the scale of the tragedy will be about the same as 66 million years ago, when, due to a powerful impact of the asteroid and changes in atmospheric pressure, dinosaurs died.

However, tt is possible to slow down the extinction process. Researchers in the field of ecology and the environment are now doing it.