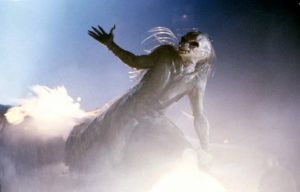 There has been much documentation about so-called Gremlins from sightings to electronic voice phenomena. Ghosts? Cryptids? Nature spirits? Other?

Rosemary Ellen Guiley in The Encyclopedia of Ghosts and Spirits, (Facts on File, Inc.,1992) states that British pilots, during World War I, were the first to report what she calls “gremlins.”

When the pilots started out on dangerous missions, some claimed they saw strange misty shapes that reminded them of the tales they heard about goblins and what they looked like. These sightings were not made public until about four years after the war ended.

During World War II, British bomber pilots based in India experienced incidents of apparent sabotage to their planes. Gremlins, as they were dubbed, were suspected.

Gremlins have also been sighted in aircraft factories. Some are only six inches, others are a foot tall. They have appeared as humanoid or having webbed feet or a face like hare/bull terrier mix. Some wear black boots and are horned. Others wear red jackets and green pants. 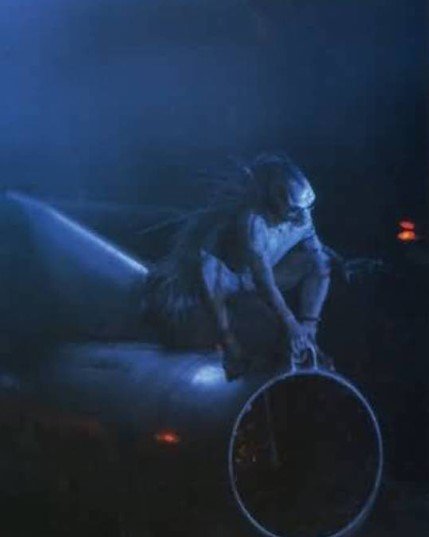 If they’re to be believed, these creatures are as mischievous as poltergeists. Pilots have claimed they have sabotaged their planes and contributed to inept landings. Gremlins have also helped military and civilian pilots to safely land damaged planes.

In recent times, their voices have been heard on tapes instructing pilots when to change direction, land and other maneuvers to avoid disaster.

Charles Lindberg, in his book, The Spirit of St. Louis, Scribner (2003) gives new meaning to the word, “spirit.” He wrote he was tired and sensed misty beings in the plane during his pioneering trans-Atlantic flight. They reassured him he was safe, talked about navigation, and revealed mystical information.

What Could Gremlins Be?

While they exhibit poltergeist activity, they are seen, which is rare in documented poltergeist cases. They do not appear as human apparitions. Because of these factors, it can be deduced that they are of the paranormal world, but not the domain of parapsychology. (Loyd Auerbach, ESP, Hauntings and Poltergeists, 1986)

They are not cryptids. Cryptids are sighted in locales that are specific to the creature or on more than one continent. The mokele-mbembe, is a dinosaur-like creature that has been sighted in certain tropical rain forests in the African Congo region. Sightings of huge birds of unknown species, called Thunderbirds, have been reported in America and Europe, according to Jerome Clark in his book Unexplained! (Visible Ink Press 1993).

Are gremlins creatures of lore that live among humans like the tommyknockers who live in mines? According to legend, these live in mines and can be mischievous and malicious or friendly and helping. While these are supposedly legendary beings, miners have reported sighting and hearing them. (Guiley)

Might they be sylphs? Sylphs are nature spirits, the elemental spirits of the air. These are gentle and helpful beings and do not like disturbances. Ted Andrews, in his book Enchantment of the Faerie Realm, (Llewellyn, 1994) says that some believe that gremlins are sylphs who retaliate when human enter their zone.

This could explain the mischief and sabotage, but not the pilot-friendly ones. Are gremlins simply visual and auditory hallucinations? This explains why pilots would see them due to fatigue, fear or anxiety, but does not explain the physical evidence.

Are gremlins an entity of their own “breed,” and incapable of being put into existing theoretical categories? Documentation of sightings and the evidence of EVP exist. They are creatures of the paranormal world that science is not, at present, able to explain.