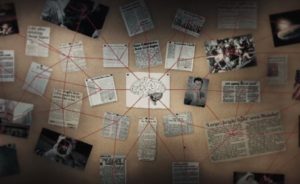 Conspiracy theories are a phenomenon that have become more popular in recent years. A conspiracy theory, by definition, is a belief that some covert but influential group is responsible for a circumstance or event.

From conspiracies about subliminal messages in cartoons to questions about whether or not man has walked on the moon, conspiracy theories cover a wide range of topics.

Denver International Airport is the largest airport in the United States, and the third largest in the world. Conspiracy theorists crawl all over this as the secret cover for the New World Order’s underground headquarters.

Their reasoning is that the base is abnormally far from Denver’s center, 25 miles. The airport is extremely expansive, and boasts a very strange architectural appearance.

The main building is comprised on a tent structure, similar to a circus tent, made of white fabric, that is designed to remind the visitor of the snow-capped Rocky Mountains, which can be seen from the airport.

But theorists claim that it is designed to resemble Indian teepees, in an effort to appease the dead Indians buried here. It is a fact that the main airport building is centered precisely on what once was an Indian burial ground. But creepier than this are the weird murals in the main building. 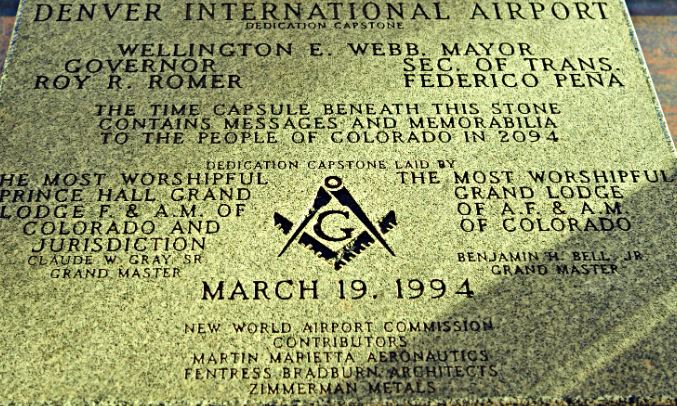 Their designers claim to have been required to use such symbols as the Nazi Black Sun, and a scene depicting the destruction of a city and forest, with a girl holding a Mayan tablet prophesying the end of the world, and any conspiracy theorist will tell you that the room’s name, “The Great Hall,” is an obvious reference to Freemasonry.

It is a fact that the murals were commissioned by Wilma Webb, wife of Denver’s mayor, and that she conducted a Masonic dedication of the airport just before its opening.

The Alien Base Under Antarctica

This theory is quite massive and earth-shattering in scope. It has made it into one of the X-Files movies. It claims that either there are aliens currently alive under the Antarctic ice, or the remains of an ancient alien civilization is there.

They artificially created the ice to cover their base, and if there now, they are working on various insidious experiments studying embryonic alien gestation in the host-bodies of humans.

The most astounding part of this theory is that it has a singular monumental article of evidence in support of it: the Piri Reis map, drawn in 1513.

Piri Reis was an Arabic admiral (and pirate), who charted most of the South Atlantic Ocean, with such awe-inspiring accuracy that theorists speculate that he did not draw the map, but was given it by aliens, who charted the actual coastline of Antarctica.

The coastline of Antarctica cannot be seen today, as it is covered by ice to an average depth of 1 mile.

So how did Piri Reis chart it? The question remains, “Did he chart it correctly, or just guess?” NASA has taken X-ray, false-color, and infrared satellite photographs of the continent since satellites have been in orbit. Their findings match Piri Reis’s map precisely.

They have argued that the map is a forgery from much later in the 1800s. Antarctica wasn’t discovered until 1818.

But to claim that the map is forged betrays secrecy. What would NASA want to hide? An alien base, with which they are in cahoots, in exchange for alien technology, or just to keep the remains secret for their private study.

The theory alleges that the Egyptians traveled to England and built Stonehenge around 3500 to 2500 BC, with Jewish labor, or else aliens constructed it.

The most convincing evidence for extra-terrestrial construction is that the entire site has no fields of discarded waste rocks, pebbles, boulders that were never used, etc. The area around Stonehenge is immaculately grassy, and this is not the case with the Giza Pyramid Complex. There are huge blocks of stone all over the desert around the pyramids.

How could primitive people have moved the blocks for Stonehenge from 250 miles away without leaving any trace of the journey? Many of the blocks are known to have come from a quarry 20 miles away, but at 25 tons per block, this is still an incredible feat. The 250-mile journey from Wales was made for the bluestones, which comprise the inner circle of Stonehenge. 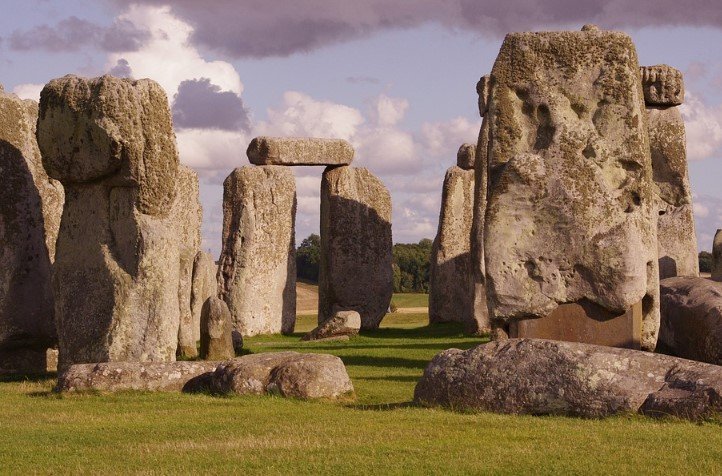 Aside from the immaculate surroundings, the entire structure is built on the basis of the square root of 3. It seems unlikely that the Druids, who most think built it, would have had such command of mathematics in 3500 BC. And why the importance on the square root of 3?

The Egyptians were outstanding astronomers, and built the Giza Pyramids to correspond with both the Orion Constellation, and the path of the sun and the moon. Stonehenge does the same thing.

The inner circle is arranged in such a way that solar and lunar eclipses can be predicted by lining the sun or moon up with the stones. The square root of 3 features prominently in the Giza Pyramid Complex.

If aliens did not build it, the Egyptians may have built it using alien technology, in order to honor their extraterrestrial visitors. The same has been theorized for the Giza Pyramids.

Standard theory states that the Sphinx was carved from a limestone outcropping of the Giza Plateau sometime after 2540 BC. Conspiracy theorists claim that it was built around 10,000 BC, by Atlanteans.

John West and Robert Schock, Egyptologists, have agreed that the erosion of the Sphinx was caused not by sand and wind, but by water, and the only time this could have happened was 10,000 years ago. But there weren’t even Egyptians then.

It is a fact that in 1996, archaeologists from Florida State University discovered rooms and tunnels in front of it. A year earlier, a door was uncovered in the side, to which the Egyptian authorities immediately barred admittance, with armed personnel patrolling it at all times now. 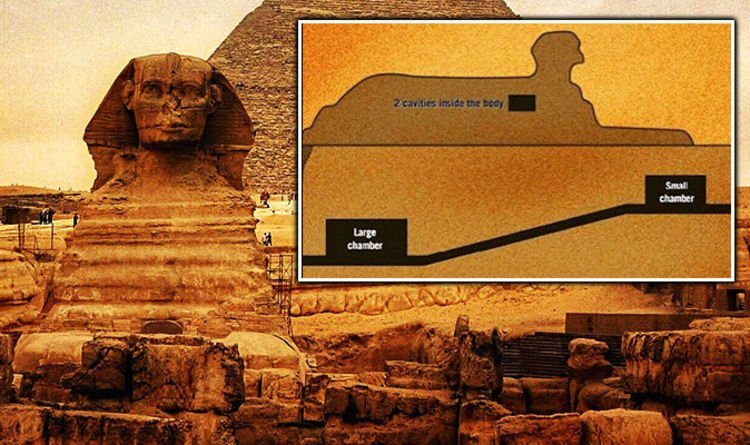 I know a few professors at FSU in the archaeology department that have confirmed these discoveries. Egypt has banned all excavations of the Sphinx, complaining that it is being damaged, which is something archaeologists are very careful not to do.

The Sphinx is a major landmark in Freemasonry, and Egyptian Freemasonry teaches that its wisdom and traditions come directly from Atlantean survivors, who built the Sphinx after Atlantis vanished from the face of the Earth, and founded Egyptian civilization.

Masonic Egyptologists are currently suppressing this truth, and any secrets that the Sphinx may hold underground.

The chambers and tunnels in front of and under the Sphinx were proved true in February 2000, when Egyptian archaeologists discovered a tomb of Osiris 100 feet underground between the Pyramid Khafre and the Sphinx.

They did not use robots, but a young boy, who was lowered by rope into the tomb and was able to walk around inside and even up and down part of the causeway leading from the Pyramid to the Sphinx.

Conspiracy Intro – Everything You Need to Know