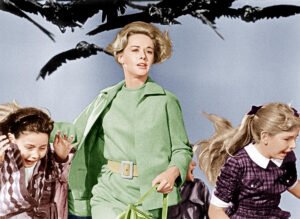 The Birds is considered by many to be among the scariest movies ever made. The 1963 Alfred Hitchcock classic is set in a small California seaside town that is plagued by a massive flock of aggressive birds that attack people on a whim and disappear as mysteriously as they came.

What could have been a ludicrous premise is made tense and suspenseful in Hitchcock’s masterful hands.

While the movie was based on a story by Daphne du Maurier, an event that occurred in North Monterrey Bay in California two years before its release also had a strong impact on the movie.

In August of 1961, a flock of birds called sooty shearwaters, invaded the communities surrounding the bay, a real life event that eerily paralleled those of the movie.

The avian assault came at about 3 in the morning, when residents were roused from their sleep by the sounds of birds slamming into their homes. Residents who went outside with flashlights were flocked by birds, which were drawn to the light.

The strange event lasted until daylight. Residents emerged from their homes to find the streets littered with dead birds and fish the excited fowl vomited up. The air stunk of fish.

Residents were understandably confused by the turn of events. No one had seen anything quite like this before. Ward Russel, who was a museum zoologist at the University of California, offered a plausible explanation. 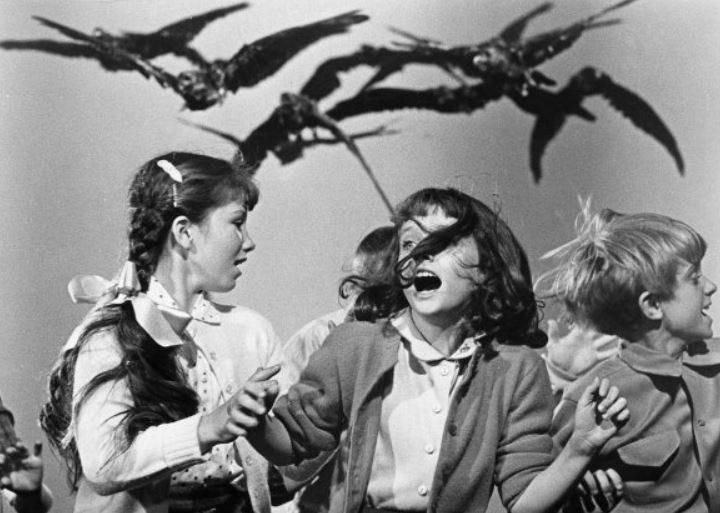 He believed that the birds were feeding on a school of anchovy when a heavy fog rolled over their flock. They became disoriented in the fog and headed toward the only discernible beacon in the gloom—the streetlights and houselights from the communities of Monterrey Bay.

Many weren’t satisfied by this explanation, but no others were forthcoming. The incident remained a mystery for thirty years, until a similar occurrence revealed the strange explanation for the bird’s odd behaviors.

Thirty years later, brown pelicans in Monterrey Bay engaged in similar behavior as the shearwaters in the 1961 incident. This time though, a culprit for the odd behavior was found.

Domoic acid, a substance that can cause symptoms such as confusion, disorientation, scratching, seizures, and even death was found in their system. This toxin is produced by certain species of algae, which are consumed by fish and other species, which are themselves consumed by sea birds.

The acid gets more concentrated as it moves up the food chain, so as the birds feed on fish they ingest stronger and stronger doses of the toxins.

Evidence for similar poisonings was found in the preserved remains from the 1961 incident, proving that the strange incident that August morning, while unusual, was well within the realm of the natural.