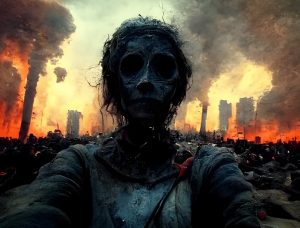 If you’ve ever wondered how a selfie at the end of the world, or possibly some sort of hellish purgatory, might come out… well, frankly, neither have we.

But somebody wanted to know, and at the behest of an AI image generator, a picture of such a thing hath been revealed.

A TIKTOK account dedicated to asking artificial intelligence disturbing questions revealed what DALL-E AI thinks the last selfie on Earth would look like. 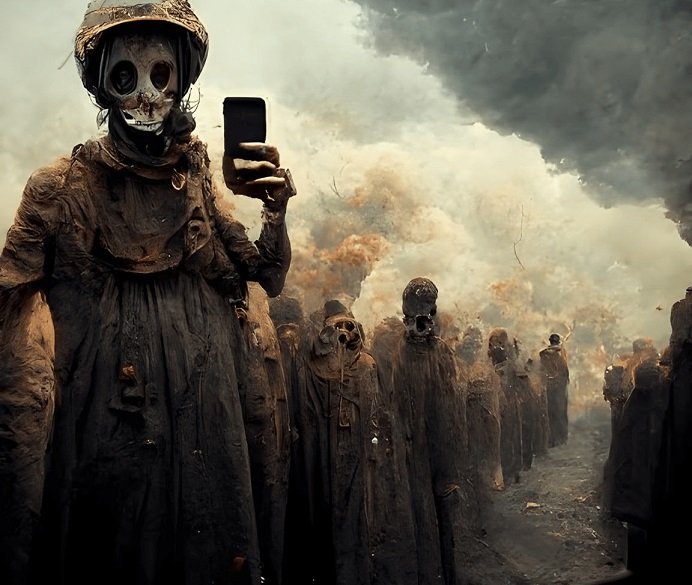 The account asked the AI image generator to show what “the last selfie ever taken” will look like.

Several images were produced and they’re not for the faint-hearted.

The artificial intelligence system is called DALL-E and is designed to produce completely original images from text descriptions that anyone can enter.

The AI system is a 12-billion parameter version of GPT-3, which is an autoregressive language model that uses deep learning to produce human-like conversations.

Engineers took that GPT-3 model, developed by OpenAI, to create DALL-E, and instead of the AI producing human-like conversations, it produces a batch of images based on the text entered.

The AI system was asked to produce what it “thinks” would be the last selfie a human ever took on Earth, and using the data provided to it by Google’s servers, the AI produced a batch of completely original images that showcase a grim depiction of the world ending.