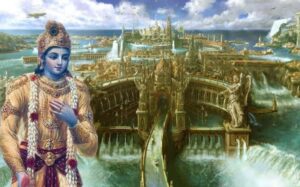 The legendary city of Dvaraka (or Dwarka) is mentioned in the Mahabharata as the dwelling place of Lord Krishna. Evidence emerged that the city is real but further exploration was forbidden.

Dwarka is mentioned in the Mahabharata, the Harivansha, the Bhagavata Purana, the Skanda Purana, and the Vishnu Purana.

It is said that this Dwarka was located near the site of the current city of Dwarka, but was eventually deserted and submerged into the sea. Rumored to be over 30,000 years old, it may hold the keys to discovering whether these legendary tales were myth or factual accounts. 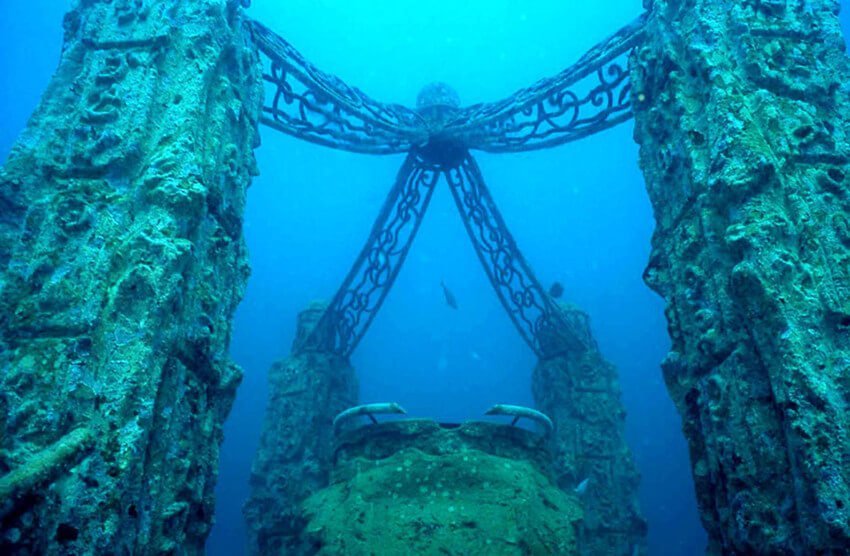 In only 70 feet of water, divers discovered sandstone walls, cobblestone streets and evidence of a prosperous seaport. This was a very powerful city, which was ruled by Lord Krishna.

Hindu texts explain that a king named Salwa attacked Lord Krishna in the mythical Dwarka. Ancient astronaut theorists believe the descriptions of the battle suggest the use of alien technology.

According to the ancient Sanskrit texts, Salwa attacked the city in what can be understood as a spacecraft, raining down energy weapons that resemble lightning.

He destroyed large parts of the city in this way. When this happened, the king of the city, the god Krishna, responded by firing weapons at this spacecraft.

The weapons are described as arrows, but they’re not ordinary arrows. It’s said that they roared like thunder when they were launched, and resembled bolts of lightning or rays of the sun.

In response, it is said that the spacecraft began to appear in different places simultaneously. It appeared to be moving in ways that resemble modern descriptions of UFOs. 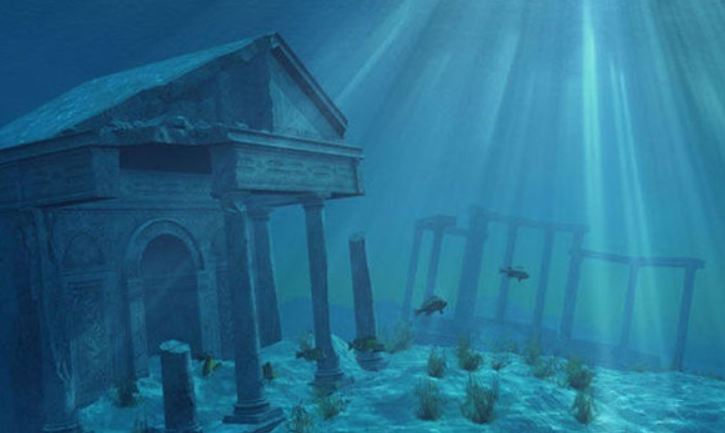 So, there’s a flying craft made of metal that is firing down rockets on a city.

The legend states that Krishna eventually departed Earth, and the ocean consumed his city of Dwarka.

For many people, the description of fabulous ancient cities in the Sanskrit writings of India were simply mythology, but with the discovery of the remains of a sunken city off the coast of India in the location of Dwaraka, all that has changed.

BUT THEN… ALL FURTHER EXPLORATION WAS FORBIDDEN BY THE GOVERNMENT

Why did the Indian government abruptly forced the original Dwarka excavation team to halt all exploration of its ruins on the Arabian sea bed?

Why any new exploration is now forbidden? Did India’s ancestors witness a war between extraterrestrial entities?

If the mythical city cited in the Hindu texts turned out to be real, could there also be evidence that will forever change the world?