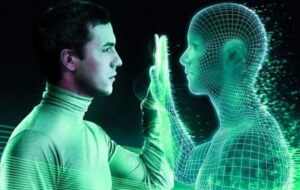 Computer science researcher Rizwan Wirk, who published the book Simulation Hypotheses, believes that humanity can exist in simulation – as in The Matrix. The incredible scientific assumption is reported by the BBC Science Focus Magazine.

Humanity can not only live in a simulation, but most likely lives in it – says Virk, who studied early scientific works on the topic.

The researcher builds on the works of the Oxford philosopher Nick Bostrom, who is convinced that any technologically advanced civilization ultimately comes to the creation of a simulation similar to the one shown in the movie “The Matrix”.

It turns out that many simulations can exist in the universe. There is only one reality. Purely mathematically, the chances of being in a simulated reality are much greater.

Wirk views the universe as an information-based system, whose subatomic particles are bits. In this case, our world may really turn out to be a simulation, behind which are unknown highly developed beings (perhaps – people of the future, who simulate the past of mankind, trying to understand some historical subtleties).

The theory of the Multiverse, as Rizvan Virk emphasizes, also confirms the digital nature of the surrounding world.