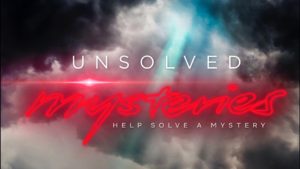 The iconic series “Unsolved Mysteries” is back! Fusing signature elements from the original series with contemporary immersive, character-driven storytelling, the 12 new episodes are rooted in the experiences of ordinary people who have lived the unthinkable — from the trauma of a loved one’s unexplained disappearance or horrific death, to the shock of a bizarre paranormal encounter.

Alongside detectives and journalists, family members offer clues, present theories, and identify suspects, hoping one viewer holds the key to solving the mystery. From the creators of the original docuseries, Cosgrove/Meurer Productions, and 21 Laps Entertainment, the producers of “Stranger Things.”

This iteration of ​“Unsolved Mysteries”​ ​is very loyal to the things we all love about the brand. The stories still range from supernatural occurrences to unthinkable crimes.

Check out the trailer for “Unsolved Mysteries” below:

The title music remains intact. “Unsolved Mysteries” ​originally included four cases per episode,” Levy said in a statement. “We at 21 Laps ​— along with our partners at Cosgrove/Meurer Productions — ​made an early decision to have our storytelling dive deeper and establish a more intimate connection with the audience.

“To do that, you need time. The people we’re interviewing on screen are often revisiting deeply painful experiences that are traumatic and not easy to discuss. These new episodes will each focus on a single case that is produced, directed, photographed, scored and edited at a high level. ​I think audiences are going to find it very satisfying.”

Levy also noted that the Netflix series would not have a host as the creative team did not want to find a replacement for Robert Stack, who hosted and narrated the show for 15 years and died in 2003.